Middlesbrough Could Be Without Four Midfielders For Norwich Visit 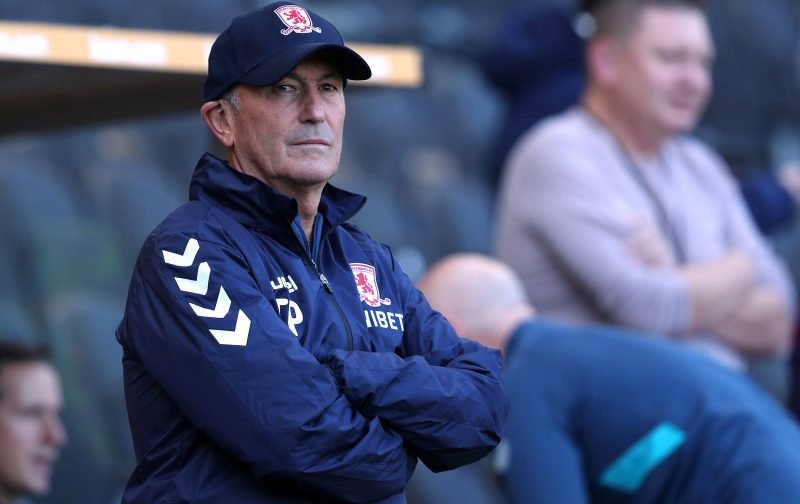 Middlesbrough could be without as many as four midfield players for their engine room on Saturday and the visit of Norwich City.

It’s a crucial game for both teams with Norwich leading the table and Middlesbrough, despite a slight dip in form of late, still well placed in the top six of the Sky Bet Championship.

Lewis Wing has started the last 13 league games in a row but Tony Pulis revealed on Thursday at his pre-match presser, that Wing has been struggling with pain from a groin injury that he has been carrying for a few weeks.

“Injury-wise, we’re a little bit concerned about Lewis Wing,” he told the media and reported here by Teeside Live.

“He’s been carrying a groin injury for the last few weeks. It’s still hanging around so we’ve got to be a bit careful. We won’t make a decision on him until later today, Pulis said.”

Three other first team players have also been away with their countries.

Mo Besic played for Bosnia and Herzegovina during the International break while George Saville and Paddy McNair played for Northern Ireland.

All three were unable to join in with training on Wednesday though.

“We’ll assess them, they worked with the medical people yesterday and they didn’t join in with us.

“We’ll see where they are today. It would have been nice to have all the lads together over the break but obviously that’s never going to happen.”

Pulis didn’t provide any detail as to whether or not these players will all be available but we can expect to see ex-Canary Jonny Howson, I would imagine.