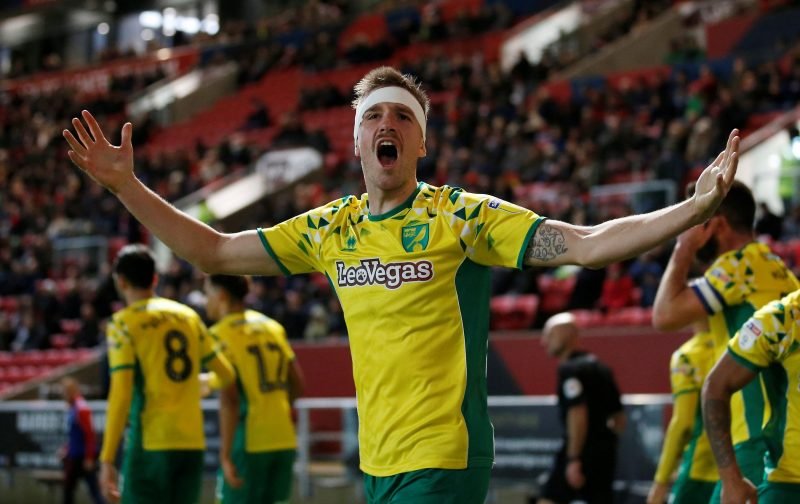 Marco Stiepermann has signed a new three year deal at Norwich City, the club have announced.

Marco Stiepermann has signed a new three-year deal with us! ????

The new deal with keep Marco at Carrow road until 2022 and seems all the more amazing if you rewind 12 months to the end of last season.

I think it’s fair to say that Marco’s first season at Norwich is best described as underwhelming. A midfielder by trade, he spent most of that first season playing at left back until the return to fitness of Jamal Lewis, with Lewis immediately making the left back slot his own from December 2017 onwards.

That left Stiepermann on the bench quite a lot in the second half of that season and it ended with minor injury and an operation.

The revelation came at the start of this season with Daniel Farke’s decision to play him as James Maddison’s replacement in the number 10 role, where he quickly built up a good understanding with Teemu Pukki.

Pukki is not a tall player and therefore, on those occasions that the ball needed to go long, Marco would generally be the target. His feet are deceptively quick for a big man and he has a penchant for slaloming runs through opposition defences and he also developed an eye for goal, having famously said “I was born to score goals.”

By his own admission, last season was the best of his career as he played an integral part in the Canaries’ promotion winning team, scoring 10 goals and providing 8 assists in his 46 appearances this season.

Marco has become one of my favourite players, you can rely on him to come up with the goods and his performance levels rarely dropped throughout with his goal away at Bristol City being my pick of the 10 he scored.