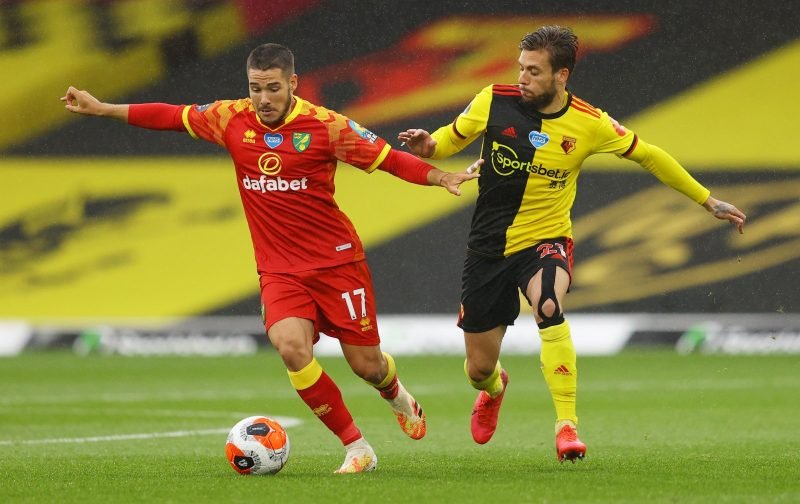 Carlton Morris has left Norwich City for Barnsley. The last of the Canaries’ 2013 FA Youth Cup squad to move on, after a succession of loans and just one senior appearance.

Much was hoped for/expected of Morris but in the rarefied atmosphere of the Premier League and let’s be honest, that is where Norwich now fancy themselves as being a semi-regular member, Carlton wasn’t quite up to the task.

There’s no room for sentimentality in football and there comes a time when a player must leave to better their own career/situation or when the club decide he is no longer a part of their plans.

At 25 years old, Carlton is approaching his peak years in football and a move to Championship side, Barnsley will give him a new challenge and a bigger salary, I would expect. It will also give him a second tier platform under a progressive, modern coach in Valerien Ismael, to score goals and hopefully succeed in the game. If he makes it to the Premier League either with Barnsley or his goals there earn him a big move then all well and good and I hope that happens for him.

With just six months left on his Norwich City contract, it seems that the Canaries have sold him for £300k, which isn’t a bad deal for all parties and I’m sure he goes with the best wishes of the Canary nation.

£300k fee for Morris. Decent business for a player with six months left on his contract and only one senior appearance for the club. #ncfc #barnsleyfc https://t.co/rVrNQnU0dL

In other news, the Emi Buendia to Arsenal saga rumbles on, as I’m sure you’ve seen.

I think we can officially call it a saga now and depending on which media report you read, you will learn that Arsenal either can’t afford the £40m price tag, they are offering less cash plus a player or maybe two, or that they are looking elsewhere now.

David Ornstein, respected journalist at The Athletic reckons that Arsenal have watched Buendia for eighteen months or so but that whilst he is a player that interests them, he is not the only player on their list for an attacking midfielder.

According to The Telegraph the Canaries will not sell their prized Argentinian in this window, which is something that I suggested a couple of weeks ago. After all, why would they? He is key to everything we do and making him wait six months for his inevitable big move doesn’t seem too much of an ask to me. It’s worth bearing in mind that Norwich took a chance on Buendia and gave him the platform to develop into the player he now is. He owes it to Norwich to stay and finish the job of promotion back to the top flight, I think.

If he helps us get promoted by playing as he has done in the first half of the season, in the second half of this campaign, then he could go with my blessing – for a massive fee, naturally.