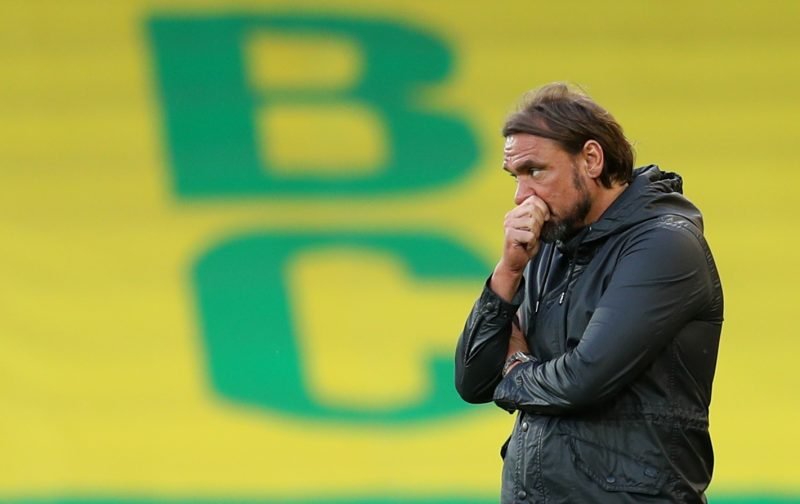 Norwich head to Bournemouth tomorrow on the back of a bruising encounter with Preston North End last week that saw new summer signing, Kieron Dowell unable to continue due to a tough tackle from behind after just 24 minutes.

Dowell, as you have probably read, is now out until the New Year after Achilles surgery meaning that keeping the likes of Emi Buendia and Todd Cantwell is even more important than before (and it was pretty important before).

Speaking of Buendia, he is back fully fit and ready to play a part in the team which, despite Preston’s best efforts, have enjoyed an unbeaten start to the season despite clearly not being at their best yet. I would assume that with Dowell now unavailable, Buendia would be an easy selection choice for Daniel Farke but as we know of old, things don’t always work out that way.

There are nine days left in the current transfer window, which closes at 11pm on Monday 5thOctober and it’s going to be a nervous time for all of a yellow and green persuasion until the bloomin’ thing slams shut. There are still question marks of the future of Cantwell, Buendia, Ben Godfrey and, of course, Max Aarons.

Unless you’ve been living in a cave for the last week then you will be well aware of the bid from Spanish giants, Barcelona for young Max. That bid was rejected by Norwich in the same vein of the offer that Liverpool made for Jamal Lewis, earlier in the window. According to respected La Liga journalist, Guillem Balague, Barcelona have been interested in both Aarons and Ajax’s, Seginho Dest with the latest update from Balague suggesting that it is Dest that Barca have gone for and that he should be announced as a Barca player early next week.

Dest should be a Barcelona player early next week https://t.co/Gh46RvUaWC

Dest has also been the subject of bid’s from German and European Champions, Bayern Munich, who are also looking for a right back in this window. It seems that the player’s personal preference for a warmer climate and to play in the same team as Lionel Messi has won the day though. Add to that the fact that Vital Norwich understands that there has been no further contact from Barcelona since last Friday’s email offer and it does look as though Max won’t be joining Ronald Koeman’s restructuring at Barcelona.

Where exactly does that leave Max though?

Losing out to Barca for Dest does make me wonder if we are going to get a bid for Max from Bayern now. You can only imagine what has been going through Max’s head this last week after City rejected the Barca offer. That sort of offer from, in my opinion, the world’s biggest club isn’t something that comes along too often and it would seem likely that Max has had all sorts of people, from team mates, his agent, family, to complete randomers on social media, telling him “They wouldn’t let you go to Barcelona? That’s a bit harsh!”

How Max recovers from that is going to be a big question over the next week and a bit. If there is now a bid from, say, Bayern, you’d have to wonder what would happen then?

It’s well worth remembering at this point that Max Aarons is 20-years-old and despite us fans not wanting to sell him, those sorts of opportunities being denied to a player or indeed anybody else, if you expand the idea away from football, are going to cause a problem. Max’s performance against Preston, all things considered, was very good. Let’s hope that continues. He’s only a kid, really, but has so far shown a maturity beyond his years.

I personally, don’t think that the transfer window should still be open once the season has started because of the upset it can cause to clubs and their plans. If City received big bids from big clubs for the likes of Aarons, Cantwell, Buendia and Godfrey in the next nine days, bids that were too big to reject, then there would be precious little time to recruit replacements and every day that passes makes that job even harder.

I’m not saying they are going and I’ve heard nothing to the contrary but if they did, what looks like the best squad in the league could suddenly have it’s best players ripped out, once again benefiting the biggest beasts in the football jungle.