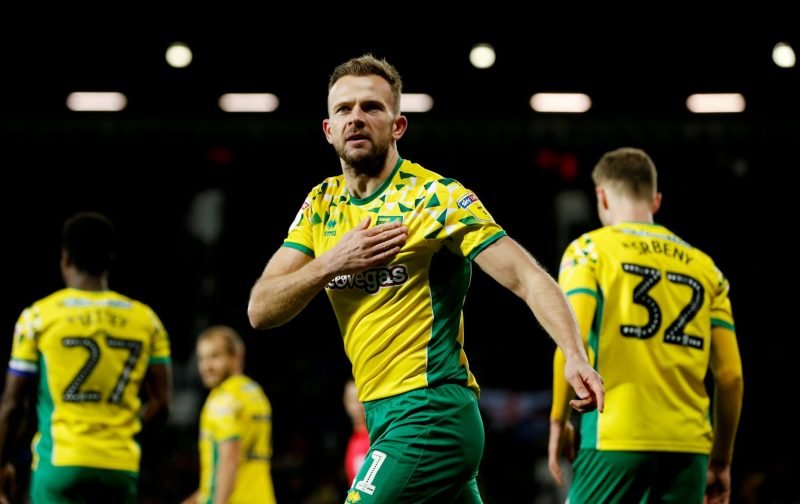 Norwich City are still trying to sign Jordan Rhodes from Sheffield Wednesday according to The Sheffield Star.

Rhodes has been a topic of transfer rumours for most of the summer despite Stuart Webber saying that the deal was highly unlikely due to the valuation placed on him by the Owls.

The paper talk has been that Wednesday valued Rhodes at £7m at the start of the summer but that was always going to be too rich for the Canaries. There was further speculation while the Canaries were on their pre-season trip to Germany but that was dismissed almost immediately by the EDP’s Paddy Davitt.

However, with the transfer window now in its last week, moves are clearly still on-going behind the scenes to try to bring Jordan back to Norwich.

His wages are a big problem for Wednesday with the talk being that he is on around £45k per week. Financial Fair Play has been biting for the Owls this summer, who have been under a soft transfer embargo as a result of spending big on salaries for the likes of Steven Fletcher, Rhodes and Gary Hooper.

Although Hooper has now left Hillsborough at the end of his contract, salaries like Rhodes’ are not sustainable in the Championship and you’d have thought that clubs would’ve learned that by now. The only way that works out is if promotion is quickly achieved and for the likes of Wednesday and Reading they’ve gambled but blown it and now it’s costing them in EFL imposed sanctions.

The Star suggest that Norwich offered to take Rhodes for free, taking on his salary but this has been rebuffed, reportedly out of hand.

Webber and Daniel Farke have made no secret of the fact that Rhodes was a big hit inside the Canaries’ squad last season and not just for his goals, with his attitude being highly prized at Colney.

There still looks like there’s a deal to be done for Jordan and it seems that Wednesday want him and his wages gone but who will blink first? As Norwich don’t have a lot of money for a transfer fee, I imagine that Webber would be prepared to walk away if necessary as Rhodes, who is now inside the last two years of his contract continues to hit the Owls heavily in the pocket.