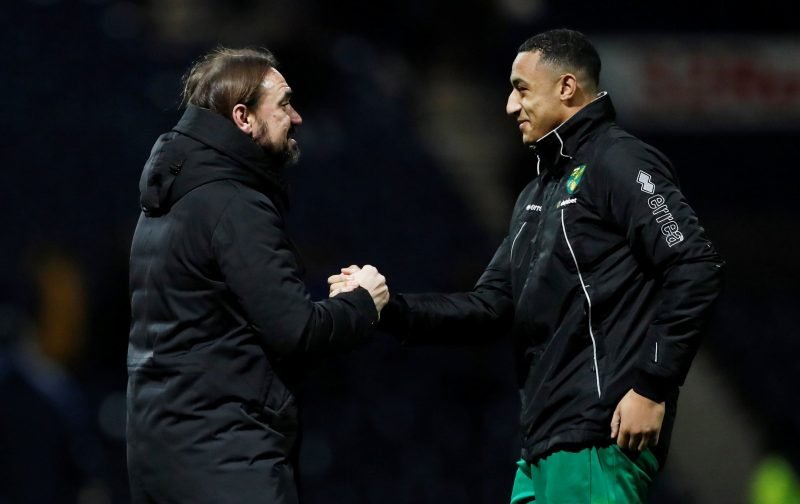 Norwich City will head to Old Trafford this weekend without their talisman striker, Teemu Pukki for the first time in the league this season, Daniel Farke told the assembled media at his usual pre-match presser at Colney on Friday lunchtime.

💬 The boss is about to speak to the press ahead of our trip to Manchester United tomorrow…https://t.co/Euj1e1ZpUp

Pukki has needed pain killing injections before each of his last four league games for a toe injury that he suffered at Leicester in mid-December but it seems that it is his hamstring that is still playing him up. The flying Finn was withdrawn early against Crystal Palace with a “slight” hamstring strain and was then rested against Preston in the FA Cup last weekend. That gave Adam Idah his big chance to impress and he grabbed that chance with both hands, scoring a hat-trick at Deepdale. It now looks certain that Idah will start at Old Trafford against Manchester United – not a bad place to make your full Premier league debut!

Josip Drmic is back in training but having been out for so long, this game will come too soon for him, Pukki should hopefully return for Bournemouth. There is good news surrounding Ben Godfrey though, with it seeming likely that he will return to training next week and confirmed by Ben on his Instagram page. Ralf Fahrmann is also available again.

Farke was reluctant to talk too much about transfers but he did say that having lost four players in the last week (Srbeny, Roberts, Famewo and Heise) that the club are looking to strengthen in this window, “especially in the offense.”

He was asked about Ondrej Duda specifically and described him as a “good player” but he refused to be drawn any further adding only “let’s see how the next days and weeks develop. We need to bring some options in.”

It does seem though that Idah will be staying at Carrow Road, at least in the short-term, with Farke saying “In this moment, we’re not thinking of loaning Adam Idah out.” Having started the season as fourth choice striker, he is now the club’s only fit option. If Drmic and Pukki do return to full fitness and perhaps other options arrive this month then Idah could still go out on loan, something Farke was keen to point out although if he keeps performing then he won’t go anywhere.

“In an ideal world, we’d have waited until after Manchester United to sell Dennis Srbeny, but with his wishes and those of the other club sometimes you’re forced to make a decision. He always worked his socks off, but he wanted to leave. That’s understandable and he now has the opportunity to be a main striker for Paderborn in the Bundesliga.”

There was some good news with regard to Max Aarons though, a young player who is linked seemingly with every top club in Europe at the moment. Spurs, Arsenal, Manchester United  and most recently, Farke’s former club, Borussia Dortmund. However, the City Head Coach was quick to dismiss all of this talk.

“There’s no potential for Max Aarons to leave the club. I wouldn’t waste energy listening to the rumours.“

Glad to hear it.

As ever, The Athletic’s Michael Bailey is all over the Norwich City transfer news and he tweeted on Friday about a few of the recent rumours.

As far as I’m concerned, Eddie Nketiah will not be joining Norwich City this window – for one or two reasons.

You can quote me on that. #ncfc @TheAthleticUK

🔰 ONDREJ DUDA: Loan deal for the rest of the season from Hertha Berlin still being worked on. Duda is still in Germany & yet to come over.

I'd suggest that means any completion of the deal, if it does get over the line, is still a few days away at least.#ncfc @TheAthleticUK

So, a tough game tomorrow but it’s not such an insurmountable task to beat Manchester United as it used to be in years gone by.

With Adam Idah up top and City playing with verve and determination, it could just be a day to remember for the Canary faithful. If you’re going, have a great day and stay safe.