Norwich Could’ve, Would’ve, Should’ve So Have A Nice Day 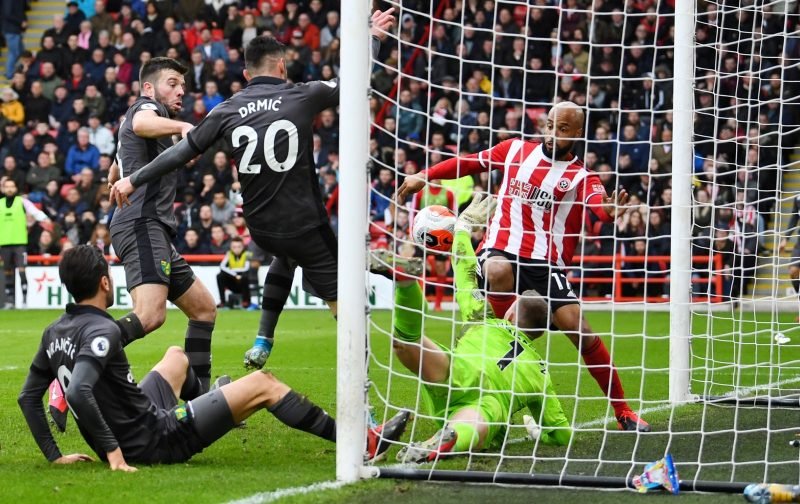 First of all, I must apologise for Vital Norwich’s tardiness surrounding the Sheffield United game. I was away in London on Friday for a day out with Mrs T. This involved some shopping in Mayfair, lunch at Selfridges’ Brasserie of Light and we then finished the night at the O2, having scored tickets to see the Stereophonics.

After another late night on Wednesday in London for the Spurs game, it’s fair to see that I have been feeling a little jaded over the last few days.

In case you were wondering, the Stereophonics were superb, as they were when we saw them in Thetford Forest last summer. They are an excellent live band. Tight together, musically superb and with a cracking back catalogue of tunes – what’s not to like?

So, to Sheffield United. Was anybody really surprised that we lost this game?

The trajectories of the two clubs this season have been very different when compared to last. There wasn’t much to choose between us last season, when Chris Wilder’s pragmatic but dynamic approach to the way the game is played pushed Norwich all the way to the title, with the trophy being up for grabs until the last game of the season.

I’ll openly admit that I could not see the whole “overlapping centre-backs” thing working at the highest level. When you consider the players involved, including Chris Basham, a player once described by a Blackpool supporting mate of mine as being “like Bambi on ice” during his time at Bloomfield Road, well, I just couldn’t see it.

What the Blades have done under Wilder though, is little short of incredible. They currently sit in sixth place, just two points behind fourth placed Chelsea. It just doesn’t seem possible, does it?!

That’s what they’ve done though and they continue to do it, with our old nemesis, Billy Sharp doing the damage with a first half goal after a sustained period of pressure from the hosts. Norwich weren’t completely awful but they were unable to cope with the Blades’ level of intensity straight out of the traps. What surprises me the most is that Daniel Farke and his players must’ve known that they would start like this. It’s not exactly a shock, is it? The players couldn’t cope, initially.

Tim Krul was forced into a couple of decent early saves before Teemu Pukki had a golden opportunity to score the game’s first goal. He headed a Duda corner back across goal only for George Baldock to head it back to him. His first time volley sliced off the outside of the post and wide from six yards. He should’ve scored. 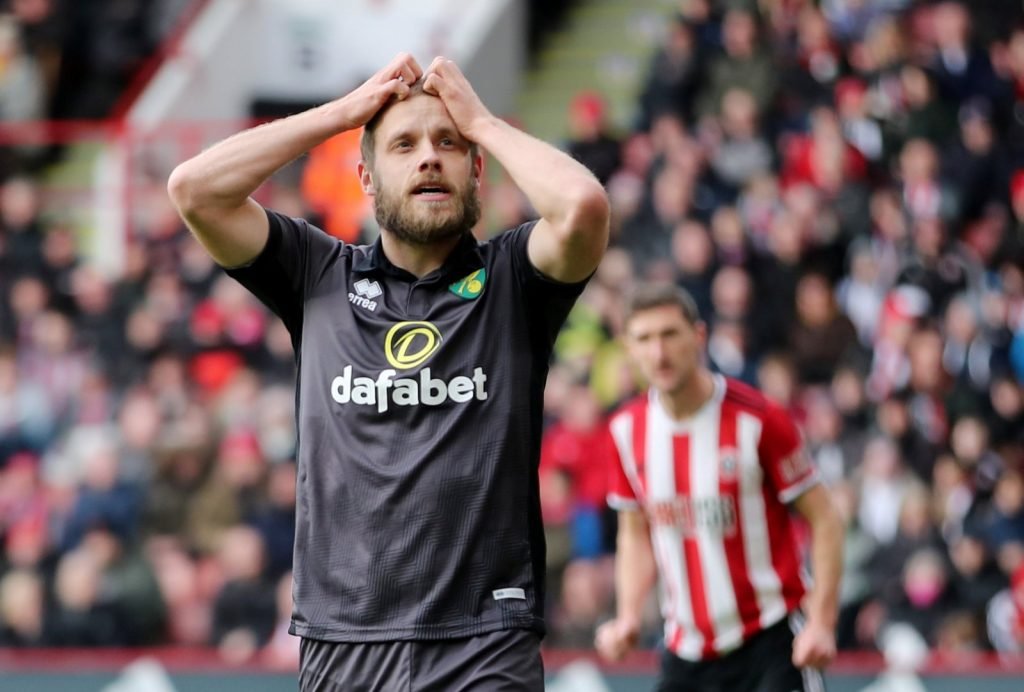 If that goes in then it could be a different game. Could’ve, should’ve would’ve yet again.

In the end, it was Sharp who scored a flying header from a sensational John Lundstram cross that broke the deadlock but he had his goalkeeper, Dean Henderson, to thank for preserving a clean sheet for the hosts and grabbing all three points.

In the second-half, Henderson made a frankly astonishing triple save from Ben Godfrey, Mario Vrancic and then Josip Drmic. I’ve seen numerous replays and still can’t quite believe how the ball didn’t cross the line. Fair play, Deano.

Late on, Jamal Lewis’ fine volley was also dealt with as the on-loan Manchester United keeper managed to push it around the post.

Yet again, Norwich weren’t good enough at either end of the pitch. Billy Sharp had acres of space to plant his, admittedly good, header past Tim Krul and at the other end, goalkeeping heroics aside, Norwich couldn’t break through. It’s a familiar tale, isn’t it?

Ondrej Duda doesn’t look like he’s the spark that we hoped he would be. A decent start against Bournemouth and then an assist for the penalty away at Spurs are his two biggest moments for Norwich, so far. He takes a decent corner more often than not but that’s it. Teemu Pukki has struggled ever since he “bruised” his toe at Leicester on December 14th and looks a shadow of the scourge of the Championship that he was last season and Emi Buendia has had his problems, as we know.

This all adds up to nil points and nil goals.

Farke made his subs in a timely manner as he boldly (for him) changed to a midfield diamond at the start of the second half, bringing Josip Drmic on at the break. I don’t think the Head Coach can take too much blame here, perhaps the players are, and I hate to say this, just not quite good enough?

The frustrating thing is that this team is very close to being competitive on a regular basis. I mean, obviously, to only lose by one goal and to have both more possession and more shots than Sheffield United shows that we were competitive but being ¾ of the way through the season now, it’s become painfully clear that City are just not quite good enough.

It’s still possible, of course, to escape the drop but on paper, this isn’t a game that I had thought we could get points out of but it’s another one chalked off the board. Southampton are up next at Carrow Road and that is literally a “must win” game. Nothing else will do now.

As Kelly Jones sang on Friday night, “Have a nice day.”

One Reply to “Norwich Could’ve, Would’ve, Should’ve So Have A Nice Day”