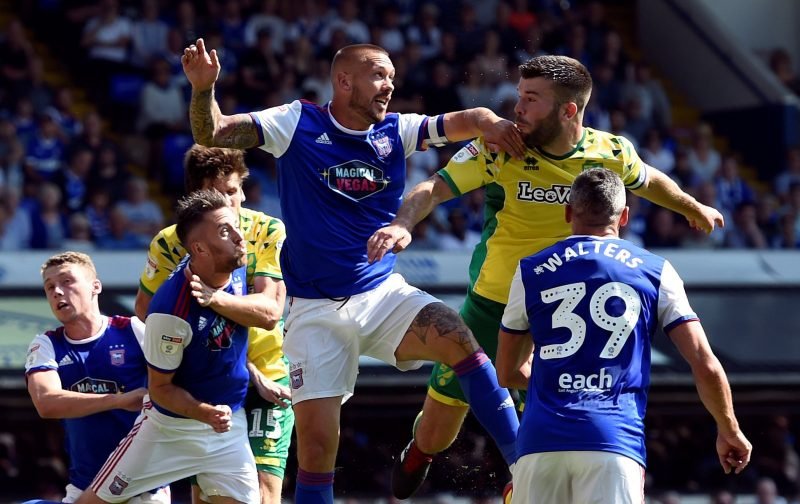 Norwich City’s bad luck where central defenders is concerned looks set to continue for some time yet, with news surfacing this morning that Grant Hanley could well miss the rest of season due to a hamstring strain.

The Premier League re-starts tonight and the remaining 92 games are hoping to be played, potential second COVID-19 spike allowing, by the end of July. That means that any injury sustained other than minor knocks could easily see a player unavailable for what is for Norwich, a crucial run of matches.

According to the Pink ‘Un.com the City Captain has picked up a hamstring injury that could see him miss the Canaries’ remaining nine league games and the FA Cup Quarter-final match, a week on Saturday against Manchester United.

Hanley played in the friendly match with Spurs last Friday and it seems as though that is when his injury occurred. It never rains for Norwich it just pours, with this latest injury meaning the chances of Daniel Farke having four fully-fit central defenders available at all this season as being slim and none.

Ben Godfrey looks a shoe-in to fill one of the central defensive berths against Southampton on Friday with Farke previously saying that “If Ben is fit, he plays,” suggesting that his partner will be either Christoph Zimmermann or Timm Klose, who are both fit again.

Mind you, knowing our luck, the Norwich player who tested positive for COVID-19 in the last round of tests is bound to be a centre-back!