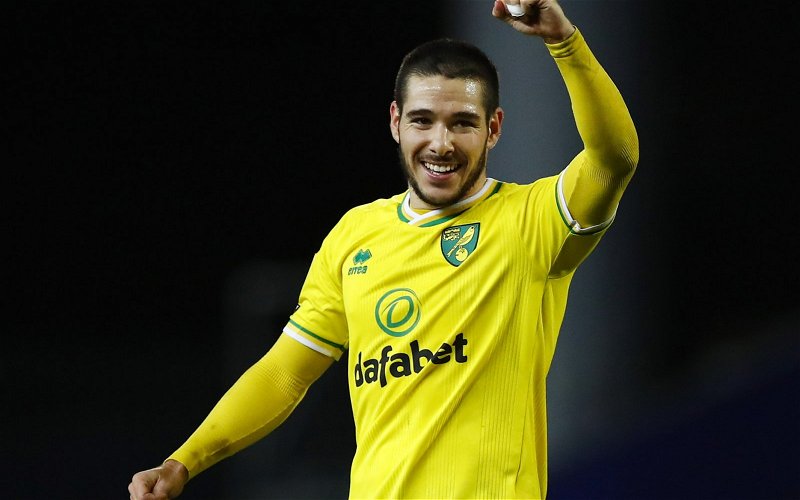 In what will come as very little surprise to Norwich City fans, the Canaries dominated last night’s EFL Awards ceremony.

🏆 It's official, Emi Buendia is 𝘁𝗵𝗲 𝗯𝗲𝘀𝘁 player in the Championship! pic.twitter.com/Icafg61ljM

The outstanding Emi Buendia has been voted as the Falcon Power Player of the Season! 🙌

The other big news of the night was that Daniel Farke finally won the Manager of the Season award, having missed out in 2018/19 to Chris Wilder, who managed his Sheffield United side to second place that year. It’s something that has always rankled with Farke a little, I’d say, just the odd comment he makes when asked about it.

After leading us to his second Championship promotion, Daniel Farke has been named Manager of the Season! 💪 pic.twitter.com/5O5j38Mthe

In terms of the team of the season, Grant Hanley, Max Aarons and Teemu Pukki were all named in it, alongside Emi Buendia, of course, bringing the total number of Canaries in the team to four, which is one more than the last time they were in the Championship. Only Bournemouth managed more than one player but let’s be honest, Begovic better than Tim Krul?! Ridiculous, I can only assume that’s because the Cherries’ keeper has had to face a lot more shots than Tim but we all know who the best keeper in the league is really.

Norwich City all over it – and look at that head coach. 🤩

Before I go, I’ll leave you with a wonderful rendition from my old mate, Chris Cooper of the Emi Buendia song. Enjoy!