Norwich Edge Past Rotherham To Extend Lead At The Top 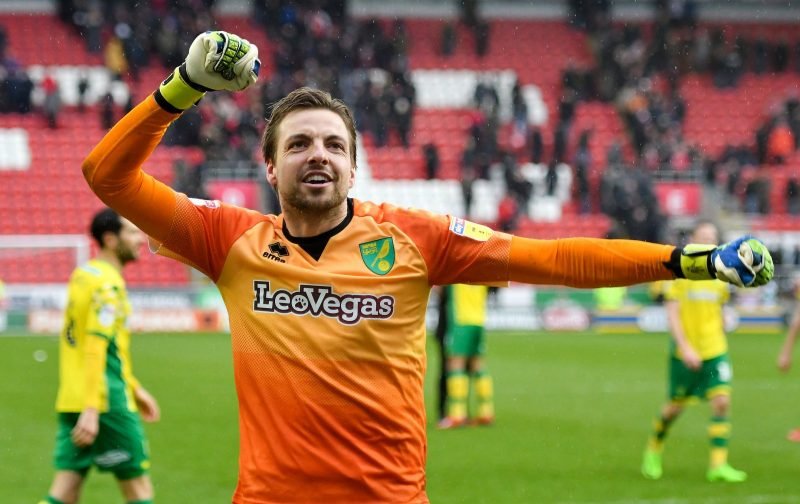 Norwich made it six wins on the trot as they beat a tough Rotherham side at the New York Stadium on Saturday.

Daniel Farke named an unchanged side again as he looked to extend the gap to third place after Sheffield United had beaten Leeds in the lunchtime kick-off.

Despite being at opposite ends of the table, the game was fairly evenly contested, just as the previous game had been at Carrow Road, at least for the first hour of that contest.

Despite having the lion’s share of the ball, Norwich didn’t really threaten Rodak’s goal in the first half hour before Teemu Pukki fired just wide. On the stroke of half-time, Pukki’s clever clipped pass found Kenny McLean in the area and he hooked home his third goal since getting into the team, to give City the lead at the break.

Semi Ajayi then scored his fifth goal in six games to level things up on 52 minutes, only for Ben Godfrey to crash home a header from McLean’s excellent corner delivery just five minutes later.

Emi Buendia and Pukki both had decent chances to get a third for the visitors but in the end, it was a nervy end to the game as City made three substitutes in quick succession during time added on as Farke looked to disrupt the flow of the game and see the win through, which he did.

This “game management” was later the subject of much vitriol on social media after the game from the Millers’ fans but let’s be honest, Paul Warne would’ve done the same thing had they been in City’s position.

These sort of games can be banana skins for the unwary or unprepared but as it turned out, Norwich were neither of those things and they extended the gap to third place, which is now Leeds United, to five points.

With just eight games remaining and a two week international break to rest up, I think we need four more wins to get promoted and another one to win the title, assuming Sheffield United keep up their relentless winning run.

Mind you, we’re on a run like that ourselves.