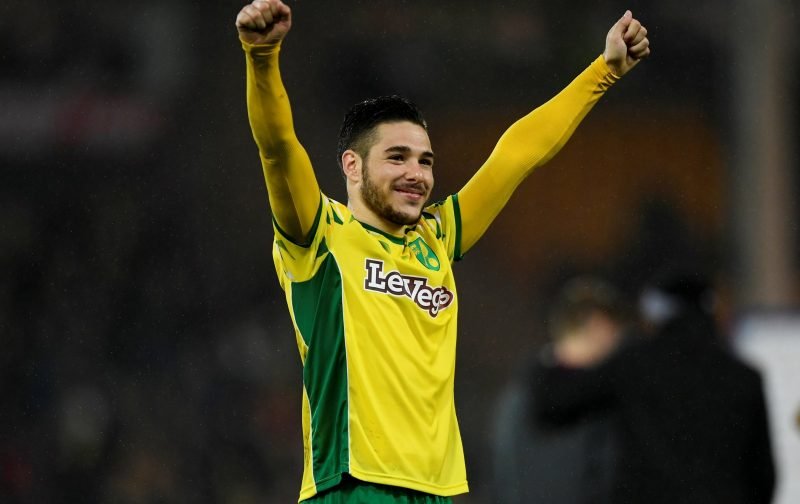 Norwich were made to work for their twelfth home win of the season in a rain-affected match at Carrow Road tonight (Friday).

Swansea came with a clear game plan. The ball was kept low with quick direct balls through for Daniel James to run on to and shots from distance looking to catch Krul off-guard or skip up off the wet turf. Neither tactic bore fruit as Lewis and Aarons kept James in their pocket and Tim Krul proved equal to everything thrown at him by the men in white. The Norwich stopper struggled, however, when dealing with back-passes from the men in yellow! On two occasions he was caught out by advancing strikers and his attempted clearances were blocked. Only good fortune preventing a howler.

The stats will show a relatively equal game (aside from shots and shots on target) but the truth was that Swansea were by far the better team in the first 45 minutes and Norwich, far the better, in the second half. It was, as is often the case, in tight matches, a moment of some genuine beauty that separated the two teams. And I’m not talking about Teemu Pukki’s beard…

Emi Buendia’s strike was top-drawer. The build up to the goal had been all Norwich and for the first time in the game we had started to force our own style. Hernandez jinxed on the edge of the box, laid it to Emi who shaped to shoot, drew the tackle, one touch to take it away and past the defender and then a bullet of a strike with his left foot. Boom!

Swansea huffed and puffed but Norwich had them rattled and should have gone on to score more – but when Pukki’s best chance rebounded off the post Farke’s charges recognised that the slim lead was all that was required to extend our tally at the top and they withdrew, made the customary substitutions and saw the game out in some style.

Emi, unsurprisingly, picked up the MotM award. He didn’t stop running all night, covered every inch of ground, harried their defence, rallied the troops and pissed off Kyle Naughton. He would have won the award anyway – but the thunderbolt that lanced Leeds and Sheff Utd’s hopes for a Friday night slip-up was the cherry on top of a beautifully iced cake.

We now get to relax over the weekend knowing we’ve done all we can to maintain this incredible journey. Any chink in our adversaries armour will now be fully exposed. I’m not expecting much from Rotherham but Bristol will fancy their chances at home against The Peacocks.

Click here to read LeeBoz’s last article from Millwall away…