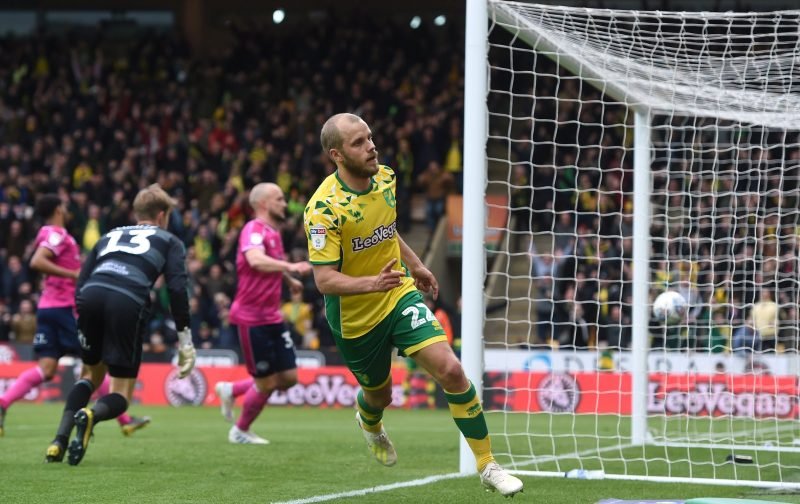 Last time out against Watford, Norwich City were perhaps the victims of a sucker punch.

Against a team that have done well in the Premier League in recent years and with a new manager to give them a little bounce, the Hornets soaked up the Canaries’ pressure and then got a goal and hung onto it.

As I said in my post match write-up, losing narrowly at Watford is no disgrace but after dominating possession of the ball and not really offering enough going forwards, for a change, I think we’re entitled to feel a little disappointed.

City will be looking to get back on track against a QPR side that have struggled in recent weeks when they return to Carrow Road this evening for the first of a home double header, with Barnsley the second part of that to come on Saturday.

As usual, Vital Norwich forum stalwart, FC Bears gives us a few pointers ahead of the match.

There are no new injuries – finally some good news on that front.

Time to get a specialist left-back (Xavi Quintilla) back in the side, assuming he’s fit enough to start. Ben Gibson for Zimmermann. Zimbo has done nothing wrong but I just feel that Gibson adds some more natural balance to the left of Grant Hanley.

Mario Vrancic for Kenny McLean gives us something different. I was tempted to play Lukas Rupp but having three players playing who have just got back from injury would be a risk that we don’t need to take.

This could be Emi Buendia’s last game if Arsenal come in with an offer that the club accept.

Buendia has been linked with all and sundry in the last few weeks and I know he has been linked by The Athletic to both Everton and Arsenal in their Sensible Transfers articles of late.

One report over the weekend suggested Norwich wanted £15m for Buendia, which is clearly way too cheap, especially in January, and a complete load of rubbish. If Arsenal or anybody else did bid for him in the upcoming transfer window then it’s going to have to be a £30m+ offer, isn’t it?

Hopefully this not an “along come Norwich” situation but QPR have been leaking goals and lots of fans have been calling for Mark Warburton’s head.

In the last 22 games they have only won 3 and conceded 32 times.

In the last eight games, they have had zero wins, conceded twelve goals and scored just three. Surely it will be a walk in the park….this is Norwich though and this is the Championship so I doubt it.

One QPR fan on an Instagram account that I follow asked questions and he was saying that their defence is terrible and that they can’t score goals, so facing Norwich is going to be scary and he wouldn’t be surprised to see a 4-0 drubbing.

I think QPR will park the bus and let us try to break them down and maybe try sneek a goal on the counter, which to be fair is a fairly common tactic against us, isn’t it?!

Back in April 2019, the last time we faced QPR, it was a dominant 4-0 performance, despite the sending off of Emi Buendia. You can re-live that game below with the highlights courtesy of the club’s official Twitter feed. What a game, what a crowd…

🔙 Previously at home to QPR…

Buendia, Stiepermann and Pukki all in on the act! 🤙 pic.twitter.com/n9yAY1Mdrf