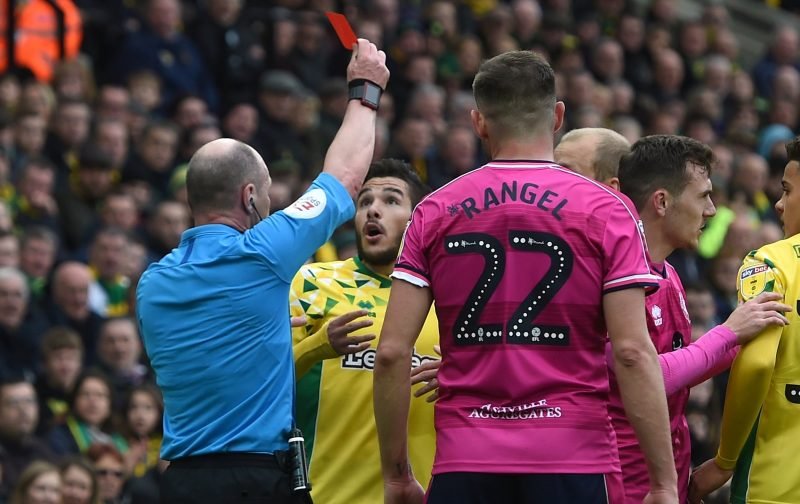 Norwich City took another big step towards the Premier League on Saturday as they comfortably dispatched a very poor Queens Park Rangers at Carrow Road.

The old Canary in me always comes out before this type of game.

”They’ve got a new manager, what if they start playing really well for him? We won’t know how to prepare for the game, what if John Eustace produces a tactical master class and we get thumped?”

Anyway, as it turned out there was no need to worry. City were on their game and handed out a beating to the hapless Rangers. You could easily apply the old boxing adage to this game, along the lines of “it would’ve been stopped at halftime on points etc.”

This week’s post match Twitter was as amusing as ever with some real corkers from all sides. We’ve got pundits and Canaries praising the way that Norwich play, QPR fans cheering at their three corners and bemoaning the damage inflicted by Tony Fernandes to their club and then we have Leeds fans, who are a very bitter bunch.

Just got in from the #QPR hammering

Total no. of fouls committed by QPR: 25 (three more than by any other team #ncfc have faced this season)

Total no. of fouls on Emi Buendia: 6

Total no. of fouls committed by Norwich City: 8

My issue is I'm not sure how you can separate all the bad tackles in that game – and single out Buendia's as the sole one that deserves a 3-match ban.

Most of the others (left to the referee alone) didn't even attract a yellow. #ncfc https://t.co/klLWHsTjJ2

Emi Buendia is the best player Norwich have had since I’ve been going in the late 90s. He’s going to go far #ncfc

That will hurt. So little conviction today and not much craft. Birmingham defended superbly towards the end. Adams' goal wins it. #lufc

11 points officially does it. Arguably 10 with our GD over Leeds. #ncfc

I think he means "Norwich just roll teams over".

I can't see any difference between Buendia's tackle and the one on Aarons 2 seconds earlier. pic.twitter.com/WaHl0DaJLg

The tackle on Aarons was probably why Emi slid in like that. Both as bad as each other…

Players to have scored more than 25 league goals by April 6th in any of the last five seasons in the Football League:

Absolutely *loved* his tracking back today too. Bloke is a machine! ???????? pic.twitter.com/pLsxM0PjXy

Only the sixth time this season #NCFC have surpassed 600 passes in a league match this season (639), with 88pc pass completion – that's high level quality. It was like watching a PL side against a lower league team at times today @FocusImagesLtd https://t.co/CVIYQFRUWm pic.twitter.com/dJE8kDScwa

Norwich City's biggest home win since they beat QPR (again) 4-0 (again) on the final day of the 2016/17 season, making this the biggest win at Carrow Road during the Daniel Farke era #ncfc ????

Superb performance from #Ncfc only disappointment was Emi getting sent off, silly challenge but he was being booted up and down all game! Big miss for 3 matches ????

Only three teams in Europe have won their last eight league games:

No defender has assisted more goals in the current Championship campaign than the Norwich City right-back. pic.twitter.com/07coDZgOpk

⭐️Man of the Match, Teemu Pukki
3️⃣ attempts, all on target ????
2️⃣ goals ⚽️⚽️
Top scorer in the @SkyBetChamp this season with 2️⃣6️⃣ goals
Most league goals in a single season for @NorwichCityFC since Ron Davies in 1️⃣9️⃣6️⃣3️⃣-6️⃣4️⃣ pic.twitter.com/DOsnfvifwq

I think it's fair to say that #qpr deserved a thrashing for wearing that abomination of an away kit! #NCFC pic.twitter.com/ntzdDj020O

Disgrace. 800 away fans getting served up this pile of ****! I salute every one who's have made the effort. The club and the players should be ashamed of themselves for ending up in this position. Shameful, disgraceful and totally out of order.#QPR #tonyfernandes #Amit_Bhatia99

@tonyfernandes From this to Eustace, Bidwell, Lynch, Cousins… Biggest failure as a football club owner of all time! #QPR pic.twitter.com/QsksgN9zMB

Fastest Norwich City players this century to provide more than 15 assists at the club:

You cant debate @NorwichCityFC deserve promotion to PL come the end of the season, they have been outstanding this season.

Careful, they were the best team ever.

Norwich 10 points clear of 3rd in @SkyBetChamp before the 3pm kick offs with another great performance. So difficult to deal with how they play. Commit plenty forward and press so high when losing it. They have some very good individuals but collectively they are outstanding.