Norwich Hand Out A Drubbing To The Owls – Twitter Reacts 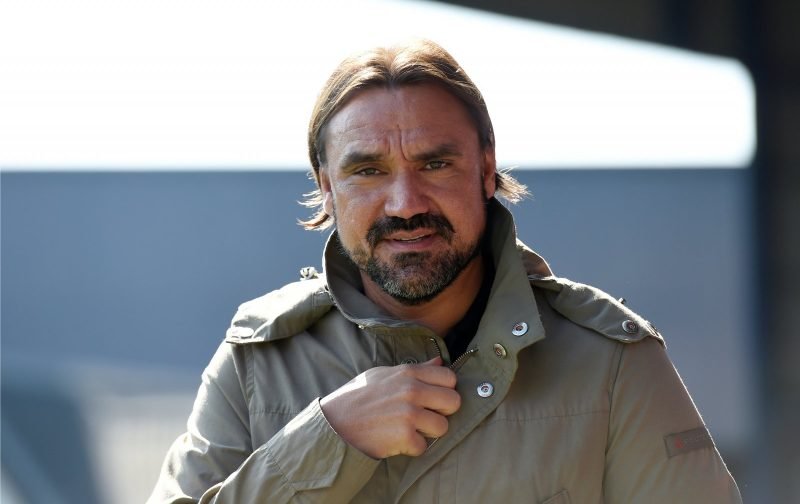 Norwich City handed out a 4-0 drubbing to Sheffield Wednesday in their own backyard of Hillsborough on Saturday, a result that saw them register their eighth win in their last ten league games.

That victory also saw them take over as the Championship leaders, the first time that Daniel Farke has taken his charges to the top spot.

As you can imagine, this has caused plenty of excitement among the Canary Nation and the buzz on social media has been well, buzzing.

When you couple that with the fact that Paul Lambert’s ponies could only manage a 1-1 draw at home to fellow strugglers Preston, especially when you also consider that they played the last nearly 20 minutes (including injury time) against 10 men and with an outfield player in goal as the Preston keeper had been sent off and all subs were used, it’s  been a great day for those of a yellow and green persuasion.

There’s been plenty of reaction on Twitter and here’s the best of it.

AN EMPHATIC VICTORY! GET IN, LADS! ????#ncfc pic.twitter.com/auo9XDmqTQ

???? THIS IS NOT A DRILL – NORWICH CITY ARE TOP OF THE LEAGUE. #NCFC pic.twitter.com/rMyhoE7KwE

???? "We felt if we sped up our game in the second-half, we would be on a different level to them. That's what we did." #ncfc pic.twitter.com/azmUgwhTvf

There are some really bang average teams in this league… I genuinely think with Lambert we can get at least top 10, it’s too early to write us off. Look at #NCFC fgs, we have a much better squad than them. FACT. We can do it! #ITFC #COYB

* Top of the league (at least temporarily) for the first time in two years and 12 days #ncfc pic.twitter.com/gNy88CkPEM

Never expected Norwich to be top of the Championship. Over achieving by a mile but long may it continue. #ncfc

That makes the recent run their best form over ten matches since they won nine and drew one 32 years ago, in February 1986 #ncfc pic.twitter.com/yrpZ2uftCB

The best thing about #ncfc being top..

We're proving you actually don't need a mega rich owner to plough shit loads of money into a team, to buy your way out. Shrewd business. Strong squad. Young players brought through.

Still a long way to go, but we are looking good.

Is this that gap they like to talk about? #ncfc #itfc pic.twitter.com/RdxjvI4G9Z

In a season of crap penalties, I think that one takes the gold????#ncfc #swfc pic.twitter.com/jVW2kXGRAV

Slagged off Farke in the past?
Wanted him out?
Called Webber a clown?
Vrancic a donkey?

We’re all wrong sometimes so this is your chance to RT your #NCFC faux pas AND ALL IS FORGIVEN. #NCFCAmnesty

I don’t think we are overachieving anymore. We are one of the best teams in the division, no question #ncfc https://t.co/kh0U3oeWxA

???? JL: We were so poor in our defending, it was too easy to score against us and we must correct that or you will not win games in the Championship #swfcLIVE

Don't comment on #swfc much any more but I thought the fans singing Keiren Westwood's name was disgusting.

We've got a young keeper in the net who has saved a penalty and been let down by his defence all season – what a message the fans are giving him.

It’s about time chansiri opened his fucking mouth and gave the fans abit of insight into what the fuck is going on????ya couldn’t shut him up when everything was going well???? but now it’s all going tits up he’s turned mute,the club is a fucking joke from top to bottom????????????#swfc

Sheffield Wednesday are an absolute shambles defensively. This could have been seven or eight had it not been Dawson in the second half. #SWFC

All the best to Norwich today by the way.
They were not a great side but left with three points.
Wednesday lost the first goal and just downed tools after that.
This is a side that could go down if they don't get rid of Jos before it's too late
I would sack him this evening #swfc