Norwich Head Coach Has Selection Worries Ahead Of Leeds Visit 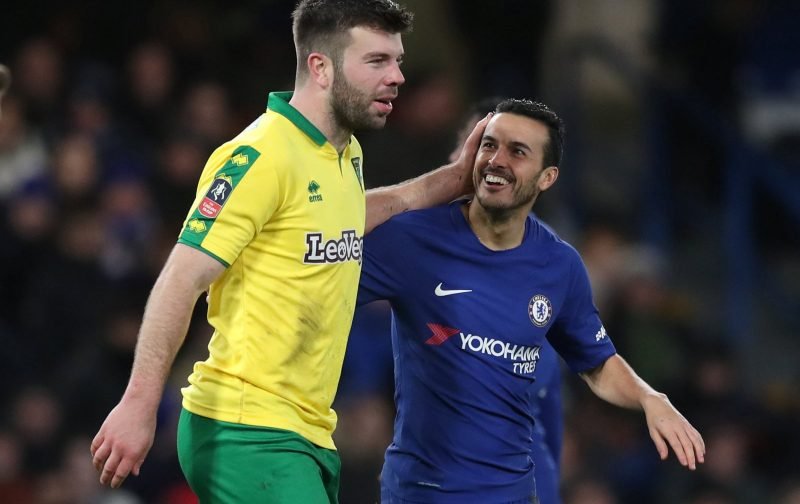 Daniel Farke has a few decisions to make over his team selection for the visit of Leeds United on Saturday (3pm).

Speaking to the assembled media at Colney on Friday lunchtime for his usual pre-match presser, the Norwich Head Coach explained that Ivo Pinto and Alex Tettey are his biggest concerns but there are other players ready to step in if needed.

The boss expects to make some changes to his team for the visit of Leeds tomorrow. #ncfc

You will recall that Alex Tettey said that he’d had his worst ever performance for the club during Wednesday night’s 2-0 win over Preston and yet he managed to score an absolute worldie of a volley.

In the celebrations after the goal, he held his hands up to the fans to apologise for what he’d seen as a poor performance and I couldn’t disagree. Alex did play poorly by his high standards but his honesty is appreciated. Whether he can play again so soon with his dodgy knee is another question.

Farke suggested that he is wary of the load on some of his older players and in particular those who had shorter pre-season preparations. I think he’s including Grant Hanley in that, after a bang on the chin, but surely the Captain will start against Leeds.

Pinto has recovered from stomach cramps after his recent illness and should be available but he’s another with little or no pre-season behind him.

In terms of how Farke will line up, the EDP’s Michael Bailey says he’d put money on a return to a 4-2-3-1 formation for this game with Tom Trybull involved.

Wrap from Colney. I’d put bets on 4231, Trybull starting, Tettey not and Emi on the bench.

Norwich City v Leeds tomorrow. It should be a cracker. #ncfc https://t.co/YxBhdvsvAb

Ben Godfrey and Louis Thompson are also in the boss’ thoughts but much may depend on whether Farke decides to go with Tettey again or not. If the answer is “not” then it could be a great opportunity for Thompson or Godfrey.

In other injury news, Mario Vrancic has returned to training and should be fully available after the international break but could be involved against Cardiff or Ipswich. He had just hit some form at the tail end of last season, so he’ll be another asset when fit again.

Leeds are a very tough proposition and only dropped their first points of the season in the 2-2 draw with Swansea in mid-week. Having been bored to tears by City’s 4-1-4-1 against Preston the following night, I can see that a change of formation and perhaps an extra holding midfielder to help out at the back would be a good idea against the league leaders.

Norwich finished that game in a 3-5-2 setup, which we do seem well suited to, but that could be a little too open against Leeds. We are though the home team and should, to quote our Head Coach, “be the protagonists with the ball.”

Despite it clearly being a tough game, I hope that Norwich can provide a bit more entertainment than against Preston. I suspect that Leeds will press high and won’t allow us to knock it about so easily and I think that there will be goals aplenty.