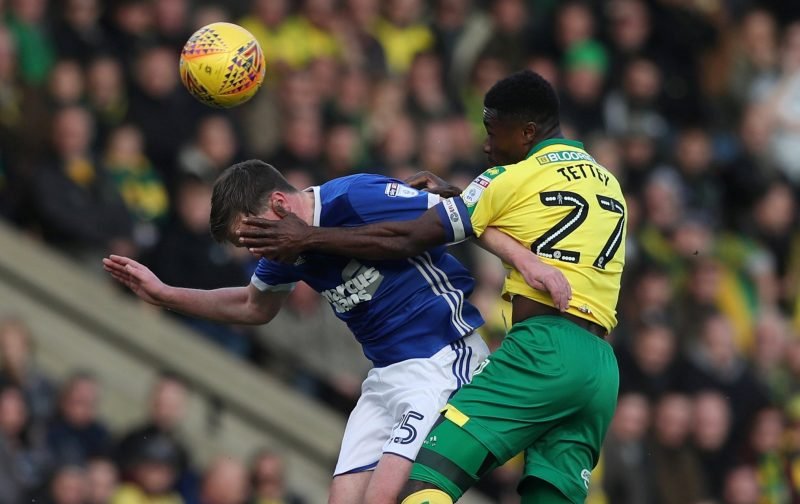 Norwich City hope to tempt Alex Tettey into staying at Carrow Road with the offer of a new two-year contract reports the PinkUn.com

Tettey started this season on the bench and was initially told that City’s new Head Coach, Daniel Farke wanted to play in a different way.

However, after a poor start to the season that saw the Canaries win just once in the opening weeks before the first international break, a run that concluded with a 4-0 drubbing at the hands of Millwall, Tettey was handed a recall and quickly formed a tough partnership in the middle of the park with Tom Trybull.

Tettey soon proved to be invaluable and barring a few injuries, has almost always played when fit, often Captaining the side too.

Signed for a reported £2m in 2012 from Rennes by Chris Hughton, Alex has made 177 appearances and scored 6 goals.

The new deal being offered is on a drastically reduced wage than he will be used to but it seems the hope is that by offering the security of two years, Tettey could be persuaded to sign.

Tettey is still the only player in our squad that can do what he does so effectively, which is to break up play.

It’ll be interesting to see how this pans out as so far, older players have been moved on and at 32, Alex is no spring chicken.

I’d like him to stay though, he’s still got plenty to offer at this level.