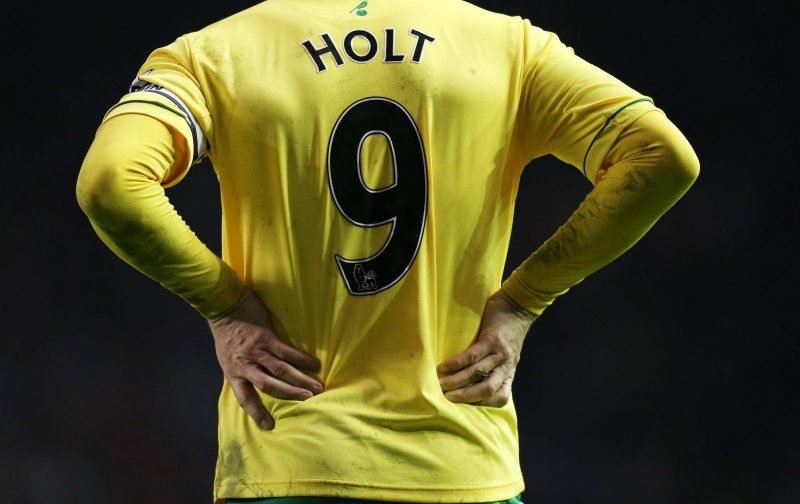 I wrote a couple of months ago that I thought that Grant Holt had never been replaced either as a striker or a leader and that this was, for me, a concern.

I’ve always been a huge fan of Holty, the way he played, was a leader of men and is a thoroughly nice chap, funny and engaging off the field make him an easy pick for my favourite player of the last decade or so.

It’s a close call between him, Wes Hoolahan and Darren Huckerby but having met Holty, coupled with the facts that he scored 78 goals in 168 appearances and won the Barry Butler Memorial Trophy for three years in a row which is an unrivalled accolade, I’m going for him.

Imagine my pleasure then, when poolside in Ibiza, I learned that Holt is going to join the Canaries’ Academy as a part-time coach?!

Initially, he will work with the U23s and below age groups for one day a week but, I would imagine, as he works towards getting all his coaching qualifications that will surely increase.

Holt will also continue his work as a club ambassador in the meantime.

You can read all about this good news story at Canaries.co.uk.