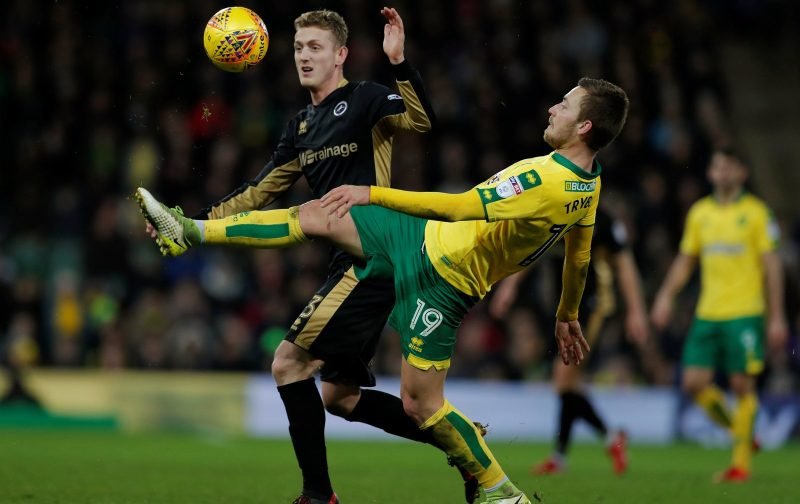 Norwich City midfielder, Tom Trybull is on the verge of joining Blackburn Rovers.

According to The Athletic’s Norwich City correspondent, Michael Bailey, Super Tom is currently having a medical ahead of a season long loan with Rovers.

Blackburn a superb move for Tom Trybull. Norwich must assume the hungry TT couldn’t resurface here – and are judging it won’t arrive somewhere else.

Will be interesting how we all view this in about six months’ time. #NCFC @TheAthleticUK

As Michael says, Trybull was told to find a new club in the summer and now appears to be on the verge of signing for a very good Championship side. A side that will fancy themselves as play-off contenders, at least. That makes them a genuine rival to the Canaries and is it really wise to strengthen a rival?

This does seem an odd move from a fan’s point of view but I suppose it’s better for somebody else to be paying his wages in these difficult financial COVID times and, crucially, he won’t be able to play against us due to being on loan.

This one looks like it’s definitely happening, so all the best, Super Tommy T.

One Reply to “Norwich Midfielder Set To Join Blackburn”