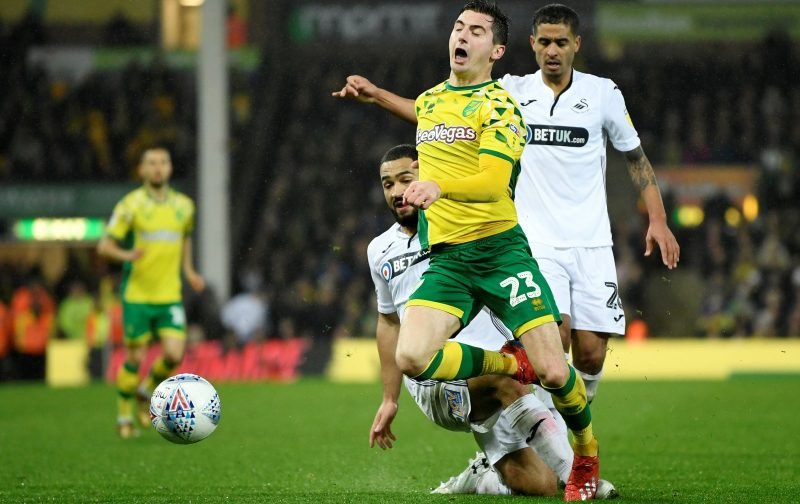 Kenny McLean has been added to the now frankly ridiculous Norwich City injury list after he was sent home from the Scottish international squad with what is described by manager, Steve Clarke as ”a little niggle that got worse.”

It is the latest blow for the Canaries in what has been a wretched start to the season, injury wise.

McLean has been one of only two fully fit and available central midfielders playing in the last month, partnering Mo Leitner in a makeshift duo in the centre. Ibrahim Amadou is a midfielder by trade but he has been filling in at centre back due to the problems there.

There are few clues in Clarke’s comments made to the Glasgow Evening Times though as to what Kenny’s Injury actually is.

“It’s always disappointing when you lose players from the squad and overnight we have lost Kenny McLean as well,” Clarke said.

“It’s another blow but a great chance for someone else. It’s part and parcel of international football.

“It’s always disappointing to lose a player so late in the week. When Kenny reported, he had a little niggle. It’s not correct for me to say what it is, that’s for his club to work out.

“We were all pretty confident that Kenny would make it but the last 24 hours it didn’t get any better, it actually got a little bit worse. So we made the decision to allow Kenny to go back to Norwich.”

Hopefully a couple of weeks’ rest will see him fit again, fingers crossed.

This is just a seemingly never ending nightmare of bad news and none of our lads away on international duty have even played a game yet.