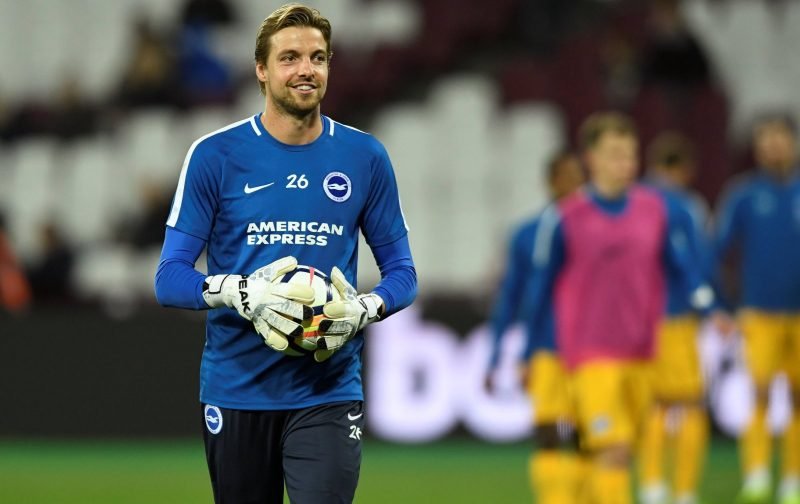 Norwich City have signed goal keeper, Tim Krul on a free transfer, the club have announced. Tim has signed a two year deal with the Canaries.

The 30 year old is a slightly surprising addition to the squad, although after both Remi Matthews and Michael McGovern made a few errors on the recent German trip, it wasn’t completely unexpected that City would get a new goal keeper in.

At “only” 30 years old, he seems to have been around a lot longer than his age suggests, Krul is arguably entering the peak years for a goal keeper and if I’m honest, he’s probably the best free keeper currently available to Norwich City.

Since Angus Gunn left at the end of the season, when his loan ended, there has been plenty of discussion among fans and the local media as to who would be the man to replace him.

Matthews was the obvious favourite and being a local lad, I thin k it’s fair to say that we all wanted him to be given a crack at it and hopefully, pull off playing in goal for his boyhood club.

The signing of such an experienced keeper as Krul calls that into question now but it’s not yet a given as to who will get the nod at St. Andrews on August 4th.

We should get some idea though with which keeper goes out on loan. McGovern is the obvious one out of him and Remi but due to his large wages, unless we get lucky, then he’s probably just going to sit out the last 12 months of his contract. That might mean Remi is offered a new deal and then sent out again.

In the meantime, welcome to Norwich, Tim.