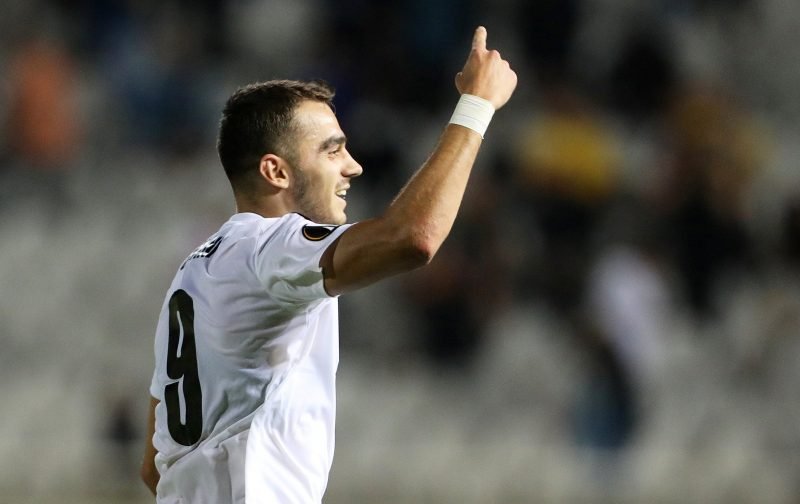 Norwich City are set to start the squad trimming in earnest today with the departures of two bright young things to Belgium.

According to a report in Belgian media outlet, Het Nieuwsblad and reported here by Football league World the Canaries are set to loan both Melvin Sitti and Danel Sinani are set to join Belgian side, Waasland-Beveren on season-long loan Deals with medicals reportedly having been completed on Thursday.

Both of these lads are young and inexperienced at Championship level and as with all the young players that Norwich are picking up, there is an element of risk associated with their signings. The real trick is to turn these lads and their young U23 team mates into super stars that the club can sell-on in the future for a tidy profit, just like they did with James Maddison and Jamal Lewis.

Like it or not, that’s the club’s self funding business model and without wealthy owners, it’s a sensible way of running a football club.

The chances of these and other young lads making it into the big time and playing at the highest levels aren’t great and I seem to remember Daniel Farke talking about “if one of these signings in every five comes off then that’s about what you expect.”

So, it might be around a one in five chance but that’s good odds for the youngsters. They have the chance, they have the raw ability and talent, it’s up to them to make it. They will be provided with experienced coaching and an opportunity and even if they don’t make it at City, a career elsewhere in football most likely awaits.

In other news, I’ve entered the ticket ballot to see if I can get tickets for the Tuckster family to watch Preston on Saturday. Have you?

I’m not really sure how it will pan out if I am successful but I’ll find out today, so I’ll keep you posted. There is another ballot going on as well though.

At time of writing, Fat Boy Slim’s ‘Right Here, Right now” is winning the Fan ballot for this season’s walk-out music by 35% to AC/DC’s 31%, so it’s close.

Now, I voted for AC/DC’s Thunderstruck on the basis that I am a fan of AC/DC but mostly because the other three choices were so uninspiring and drab. They are played at football matches and especially at Norwich every week (or at least they seem to be).

It’s like one of those Dad Rock CDs in your old man’s car – you know all of the songs and most of the words because they’ve been played so many times.

I’ve heard that Fat Boy Slim track over and over at the football, so much so, that I hate it now. Sky Sports used to use it when it was new out back in 1999 for chrissakes!

The most recent of these options is Kasabian’s Club Foot from 2004 but that’s hardly recent and Kasabian are Leicester City through and through. Can’t we come up with some more modern choices? I love AC/DC but is that really what the likes of Max Aarons and Ben Godfrey want to hear to fire them up as they walk out onto the pitch?

Ben was just one-year-old when that track was released and Max wasn’t even born!

I know there’s been a fan vote to get to this point but really?!

Anyway, please vote for AC/DC while you still can, otherwise Fat Boy Slim’s track, which has been used at every sporting arena for over twenty years is going to hurt my ears again for a whole season.