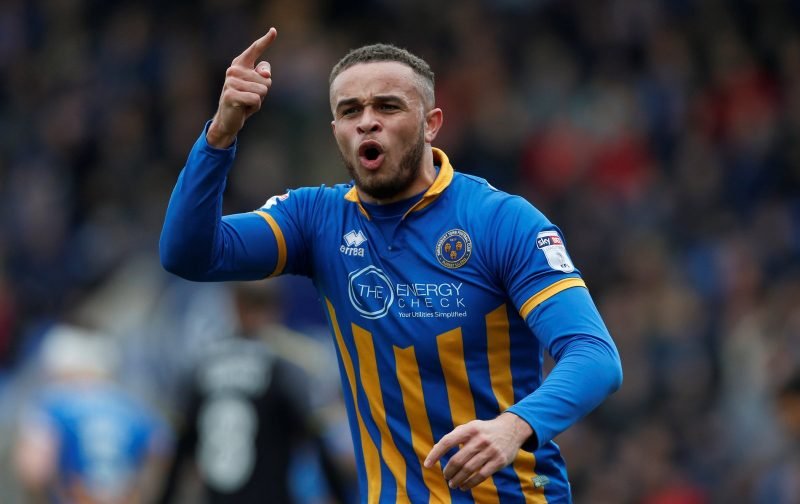 Carlton Morris has joined Rotherham United on a season long loan after signing a contract extension with the Canaries, the club have announced.

.@CarltonJM has signed a new deal at Carrow Road and joins Rotherham United on loan for the 2019-20 season! ????

The 23-year-old Striker is no stranger to a loan deal or League One, for that matter, having spent 2017-18 on loan with Shrewsbury Town, helping the Shrews to the Play-off final, which was ultimately lost to Rotherham.

The Millers were relegated at the end of 2018/19 though and Norwich fan and Millers’ boss, Paul Warne has wasted no time in arranging the burly City forward as one of his options for a promotion tilt next season.

Morris injured suffered an ACL knee injury in the play-off final and due to that and other niggling injuries, he was unable to make a first-team appearance in 2018/19 for City. However, that hasn’t stopped Morris being offered a contract extension until 2021.

“I’m very grateful to Norwich for extending my contract,” Morris told the club’s official website. “I’ve always wanted to get my chance to play for the team but unfortunately last season with my injury, it prevented me from showing what I’m capable of.

“However, they’ve shown they believe in me and have given me a great opportunity to show what I can do.“

This will be Carlton’s second loan spell with Rotherham after playing eight times for them in 2016/17, again on loan.

Good luck for the season, Carlton. Go and tear it up!