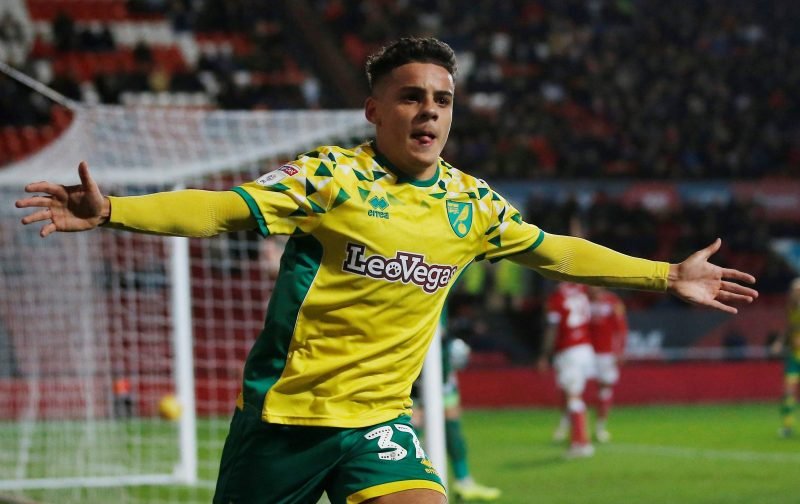 Norwich City have turned down two offers from Barcelona for star man right back, Max Aarons according to The Athletic.

In an almost surreal turn of events, or at least it seems it to me, last year’s richest club in the world have made two offers for Aarons, both of which have been rejected. Finances are now very tight at the Camp Nou after the COVID-19 pandemic and the Catalan club have an ageing squad on mega salaries

The report comes from respected Athletic journalist, David Ornstein and is on his Twitter feed this morning (Saturday).

Norwich have rejected out of hand both these offers with Ornstein stating that Norwich would only consider a deal if there was an obligation to buy the 20-year-old England U21 international.

He also reports that Aarons’ representatives have agreed personal terms on a deal and that this has all been going on for several months. With City rejecting the offers it is reported that Barca will now look to sign Sergino Dest from Ajax instead but that Bayern Munich are closely monitoring the situation.

Good news, for now at least.

It feels to me that stuff like this coming out a few hours before a game means there’s an agenda.

Someone said to me earlier this week that people were starting to get desperate this window.

Is Aarons a Barcelona player? If he is, then buy him surely?!#NCFC @TheAthleticUK

A move to Barcelona would be a dream for any player, regardless of their standing in the game and very hard to turn down for an established international, let alone a 20-year-old who probably had pictures of Lionel Messi on his wall when he was a kid, which wasn’t exactly too long ago.