Norwich Turn On The Style To Blow Huddersfield Away 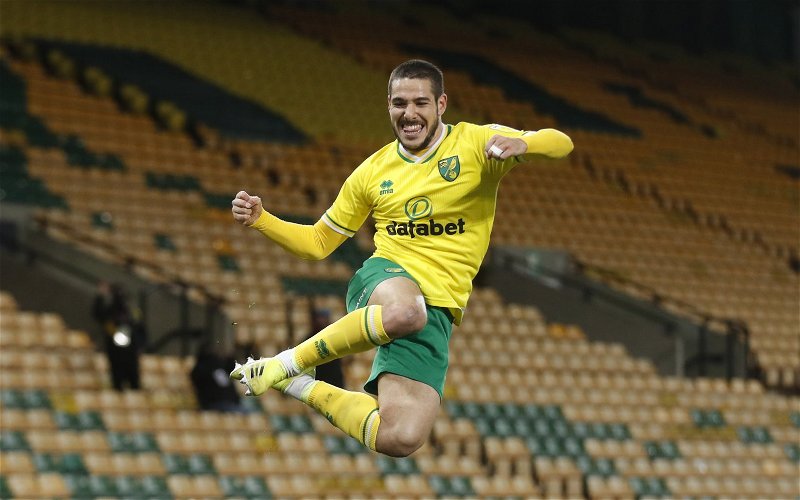 Did anybody of a yellow and green persuasion really think that this would be anything but a home win?

I know I didn’t expect anything less than a win but what I didn’t expect was for Norwich to put on such a master class of a performance. There simply aren’t enough superlatives to describe how well the Canaries played here.

I’ve been thinking for a while that some of our performances have been close to giving somebody a real tonking for a while and yet it hasn’t come. Poor old Huddersfield just happened to come along at the right time, for us at least.

As is often the case when a team puts on a performance like this, when they are so dominant and they score by so many goals, nobody put a foot wrong and nobody had a bad game. The central defenders, Hanley and Omobamidele didn’t have too much to do and along with Tim Krul they were rarely under threat but they did everything well and, especially in Krul’s case, stepped up when they needed to.

Going forwards, Norwich were electric. The movement of the front four was just too much for Huddersfield to deal with and the assists provided by Cantwell and Buendia for Pukki’s first two goals were terrific. Both Buendia and Cantwell were unplayable, it was as simple as that.

The support provided by both City’s full backs going in both directions was excellent and as usual, Kenny McLean and Oliver Skipp ran the show like the well oiled machine that they are.

I’m sure you watched the game and if you haven’t then check out the highlights because there were some very special finishes, from Buendia’s 20 yarder, Todd’s top bin, first time strike and then there was Kieron Dowell, who scored the game’s fifth goal after an absolutely filthy build up and one-two with Emi. There was even time for Jordan Hugill to grab the seventh with his first touch after coming on as a sub for the hat-trick hero.

With Brentford only able to draw again, Norwich could actually be promoted this coming weekend if they beat Derby and Swansea and Brentford both fail to win. The Canaries have their foot on the gas and tonight their foot was on the floor as they recorded their biggest league win since 1952.