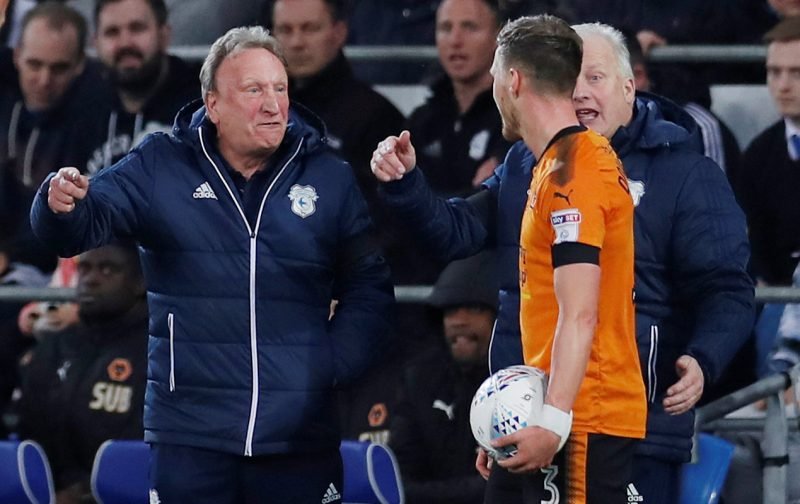 Norwich City welcome Neil Warnock’s Cardiff City to Carrow Road on Saturday in a crunch game for the visitors.

Cardiff have been clear in second place behind Wolves for sometime but losing in surreal circumstances to the League leaders (they missed two penalties in time added on) followed by a defeat at the hands of Aston Villa, has slowed the Bluebirds’ advance and coupled with the relentless march of Fulham, they now find themselves in third, a point behind Fulham albeit with a game in hand (against Derby).

This game is crucial for Warnock.

Norwich on the other hand have nothing to play for. Ivo Pinto’s equaliser against Sunderland on Tuesday night meant that City have now won 14, drawn 14 and lost 14 games this season. A remarkable stat that shows how bang average we have been, literally.

In their last two games though, the Canaries have shown they are a banana skin for any manager thinking that they won’t turn up and are already on the beach. Both Villa and Sunderland have found this out the hard way in the last seven days, which is maddeningly frustrating for you, me and the rest of the Canary nation.

Cardiff will be without Yanic Wildschut, who is ineligible to play against his parent club. Yanic has made eight appearances for the visitors since joining on loan in January and he’s failed to score too.

Norwich will probably make some changes and Daniel Farke alluded to the fact that he may rest Ivo Pinto and Mario Vrancic with Alex Tettey and Moritz Leitner being likely replacements, when he spoke to the media at Colney on Friday lunchtime.

You can read about that here.

Cardiff have never completed a league double over the Canaries but after beating us 3-1 in Wales earlier in the season, only avoiding defeat will stop that happening.

It was September when Norwich last won back to back league games at home, (QPR and Birmingham) which is a terrible stat.

Neil Warnock has lost seven of his last nine trips to Carrow Road, winning the other two.

Cardiff will be desperate to get back to winning ways, especially with Fulham facing Brentford at 5.30pm the same afternoon on Sky TV.

That desperation could work either for or against them but with Norwich City having no pressure on their shoulders whatsoever, it will be all about Cardiff looking for the win. Norwich have showed that they can beat anyone at any given time, it’ll be interesting to see how this pans out. I’m expecting a slightly cagey affair, certainly early on.