Norwich Will Be Disappointed With Arsenal Draw 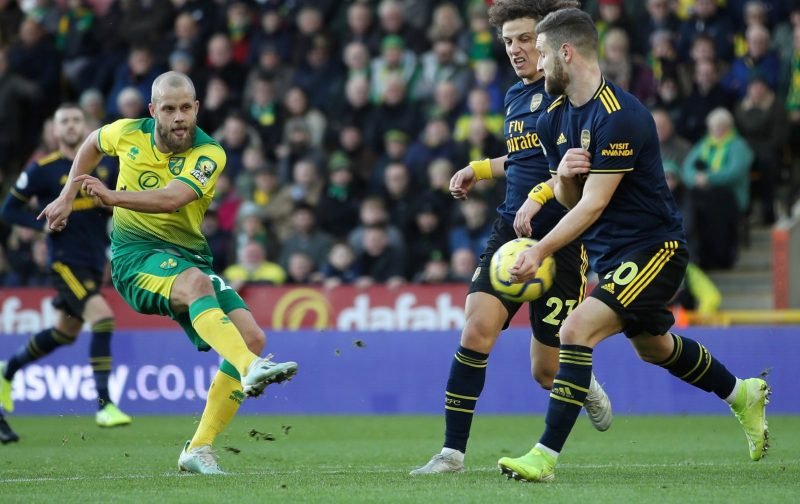 Norwich City and Arsenal played out an exciting 2-2 draw at Carrow Road on Sunday afternoon.

With the visitors having fired Head Coach Unai Emery on Friday and then putting one of the Invincibles, Freddie Ljunberg in charge, I imagine that neither set of fans knew quite how this game was going to pan out.

Arsenal started the game brightly with the lion’s share of the possession, only for Teemu Pukki to rediscover his goal scoring form on 21 minutes with just the Canaries’ second shot of the game.

A through ball from Kenny McLean sent the flying Finn away and he drew David Luiz before firing his shot at goal with a deflection taking it past Leno. The Carra went nuts as the Pukki Party resumed but the joy was short lived.

Just five minutes later and Arsenal had a penalty after Christoph Zimmermann had handled the ball. He claimed he was pushed by Luiz, which may have been true but that’s no reason why his arm was above his head. Having watched a few replays, I think he was appealing for the push and that’s why he put his hand up – just look to play the ball, I say, or if you can’t, keep your hands down.

What followed was  a game of brinkmanship between Tim Krul and Aubameyang. Krul was booked for gamesmanship as he tried to intimidate the Arsenal Captain and it worked as he saved his penalty only for VAR to demand it be re-taken after encroachment by Max Aarons, who had cleared the ball away.

The re-take saw Aubameyang make no mistake as he went the same way with Krul gambling that he’d go the opposite way to before.

Norwich responded well and re-took the lead on the stroke of half-time when Hernandez played the ball to Todd Cantwell and the Dereham Deco coolly stroked the ball past Leno from just inside the area. 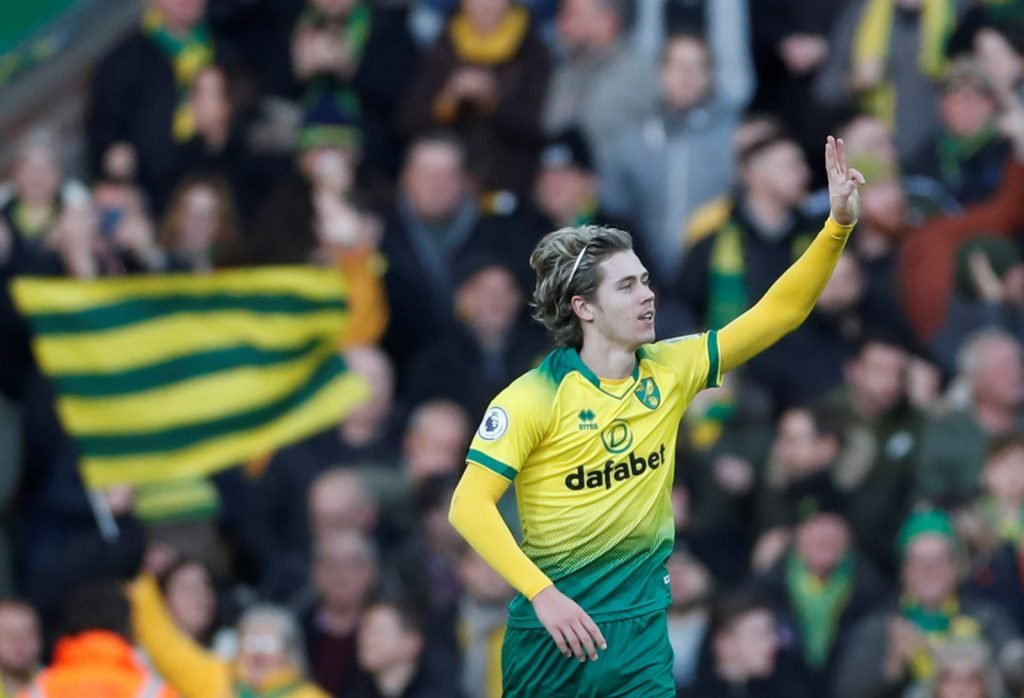 The second period saw Arsenal come out of the blocks quickly, with Norwich being pressed back and forced to defend sternly.

City had struggled with Ozil’s corners all afternoon and on 57 minutes the visitors were level again.

Ozil’s set-piece fell to Xhaka and his shot was blocked by Byram but the rebound fell to Aubameyang and he fired home from eight yards out.

Both sides then had chances to win it, although the best all fell to Norwich with Bernd Leno making a succession of good saves to preserve his side’s point. McLean went one-on-one with Leno only for the Arsenal keeper to tip Kenny’s shot onto the post and away. Teemu Pukki turned Mustafi inside out before the out-stretched boot of Leno denied him too. Cantwell fired inches wide and then Aarons’ deflected shot was also beaten away by the German keeper, who was in brilliant form today.

The game finished 2-2 and I think that it’s a decent point. No matter that we should’ve won the game, (you really have to convert these kind of chances) on paper it’s four points in a week and a pleasing solidity in the side and we’re creating chances again.