Nothing Changes As Weak Norwich Brushed Aside By Southampton – Why Though? 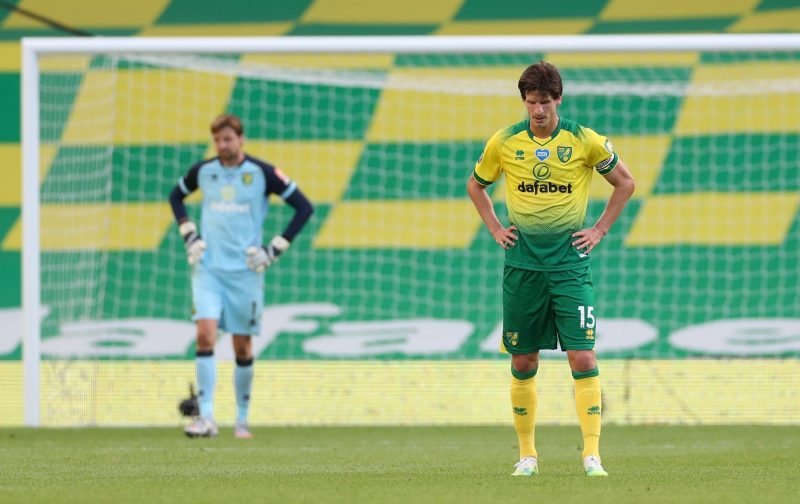 I’d written at length yesterday that how teams adapted to not having played football for three months and then having precious little in the way of a “pre-season” was going to determine how the early games of the Premier League’s re-start would pan out.

If Norwich were to pull off Daniel Farke’s little miracle then they would have to be the ones who came out of the traps at full throttle. Against a Southampton side with little to gain, being almost safe themselves, it looked a decent opportunity to get three points, at least as good an opportunity as the Premier League is likely to afford us.

However, what actually happened was the complete opposite.

Norwich were playing a team from the lower reaches of the Premier League. I’m not being cruel by saying that, it’s just the truth, and yet, they dismantled Norwich without barely breaking a sweat.

When the Canaries were promoted, if they had any chance of staying up then they would need to beat the teams that were around them. The teams that were closest to their own level and I would say that those teams would be the likes of the Saints, West Ham, Burnley, Villa and  Sheffield United. We all know the tale of how the newly promoted clubs, other than Norwich, threw quite a lot of money at trying to stay up and in Villa’s case, a heck of a lot of money.

It was always going to be tough for Norwich and arguably pretty ballsy to try to do it on a shoestring and with a reliance on young players with no experience of this level. Against Southampton though, and I hate to say it, the birds have come home to roost.

I imagine that the feeling in the City camp before the re-start would’ve been that most of their upcoming opponents wouldn’t have much to gain or lose and that therefore, Norwich City would be more determined. Looks like someone forgot to tell our boys though.

Southampton weren’t great but they were harder working and clearly more prepared than Norwich. After a bright start for City, the visitors took hold of the game and effectively won it when Danny Ings scored in the 49th minute.

“That’s it, we’ve lost. We never come back after going a goal down” said my youngest son, who was watching whilst wearing his grey Vrancic replica shirt. I had to agree and the way we were playing made it look like there were more goals in it for the Saints.

Time and again, City had gifted possession to Southampton and it was only a matter of time before it caught up with us. On 54 minutes the game was definitely up when Stuart Armstrong stroked the ball low past Tim Krul after another turnover of the ball.

City had started, much to my surprise, with two strikers in the shape of Teemu Pukki and Josip Drmic. Were we actually playing 4-4-2? Had Farke gone full Mike Bassett? It seemed that way and the surprises kept coming with Tom Trybull and Kenny McLean in central midfield. That central pairing though, were unable to control the game and we glaringly missed Alex Tettey’s bite. So, by the time Farke did anything about it and replaced Trybull with Mario Vrancic and Cantwell with Onel Hernandez, we were 2-0 down and labouring.

It hadn’t been a very hot day, just a nice warmish one, that’s all, but our boys looked shattered when compared to Southampton. The Saints looked even better later in the game as our seemingly training ground mindset saw us concede a third to Nathan Redmond, who danced past a static Ben Godfrey before easily shooting past Tim Krul, who was our best player.

Is the game up, are we done? Mathematically, no, but realistically if we play like that again then we will be for the drop, no doubt about it. I am an eternal optimist where Norwich City are concerned but even I think that the likelihood of five or six wins from eight games after a performance like this makes it look highly unlikely.

It wasn’t particularly a lack of nous from Farke or a tactical master class from Ralph Hasenhuttl, we just didn’t look fit enough or prepared enough against a side that looked like they were both of those things. It was easy for Southampton and that is perhaps the most alarming thing because I’m sure that they would’ve expected it to be much tougher than it actually was.

Was it just a lack of fitness, a weaker mindset, players not actually being good enough? Who knows? It is though, a huge setback and as ever, I let the hope get to me and now I‘ve been crushed by that hope as I have so many times in the past.

I don’t have BT Sport and I was beginning already (before kick-off) to think ahead to how I could watch those City games to be shown on BT. If City don’t beat Everton on Wednesday then I probably don’t need to spend the extra money required to see them…