One In And One Out At Norwich City 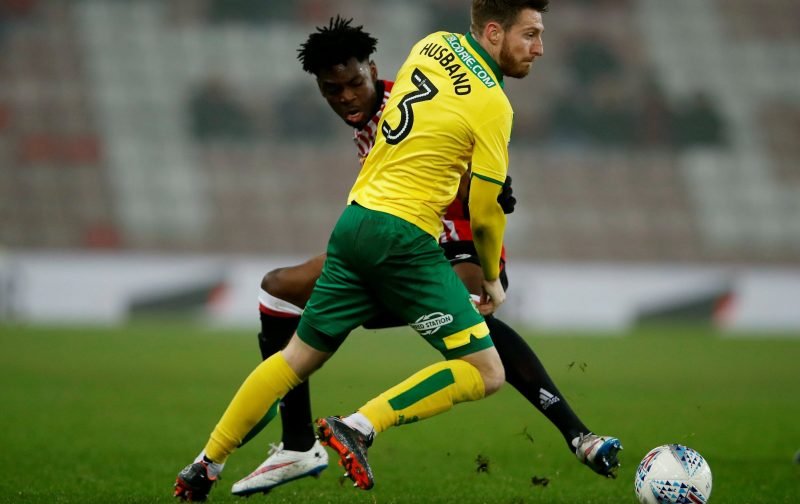 The incoming player is midfield Starlet, Reece McAlear from Motherwell, a story that we first brought you last week.

We are delighted to announce the signing of Motherwell youngster, Reece McAlear! ???? #ncfc https://t.co/CGNMeosECW

A reported fee of £250k plus add-ons was enough to prize the 17-year-old away from Fir Park, much to Motherwell’s disappointment.

Motherwell Chief Executive, Alan Burrows spoke about the club’s disappointment that they have had to let Reece go as reported here by the Daily Record:

“It is very much our hope that the player development pathway we provide at Motherwell results in our academy graduates progressing to professional level, then eventually into the first team.

“We had high hopes for Reece. He was getting closer and closer and indeed, played several first-team friendly matches during pre-season.

“We had positive conversations with the player, his family and his representatives about extending his stay.

“However, it was clear this was an opportunity Reece wanted to explore and probably would’ve explored, when his contract expired at the end of the season, had we not managed to agree a deal with Norwich now.

“This will see the club secure cash in advance, as well as maintaining some economic rights should his career continue to develop.

“It also demonstrates clearly the excellent work of our scouting and coaching staff, and further emphasises Motherwell as the club for young footballers to progress.”

The acquisition of Reece McAlear is another example of City’s succession planning for what is likely to be the almost inevitable future sales of some of City’s current stars. The hope is that the likes of McAlear, Charlie Gilmour, Daniel Adshead, Rocky Bushiri et al that have been signed this summer, will move up and replace any players sold on in the future, thereby saving the club a fortune.

Reece will initially join up with Paul Williams’ U18 squad for the forthcoming season.

In other news, James Husband has left the club on-loan again and again, it’s a North West club that he moves to.

Having spent last season on-loan at Fleetwood Town, Husband has signed for Blackpool FC for the forthcoming season.

The EDP’s Michael Bailey summed up the move, describing Husband as a player that the club’s progress has outstripped. That’s accurate.

One of those signings that Norwich’s own progress outstripped. He’ll be out of contract once the loan is completed – and Blackpool’s a decent move for him.

He will be out of contract when this loan ends and I think it’s fair to say that his contract will not be renewed. As with all players leaving the club, we wish him well and thank him for his efforts while at Norwich City.