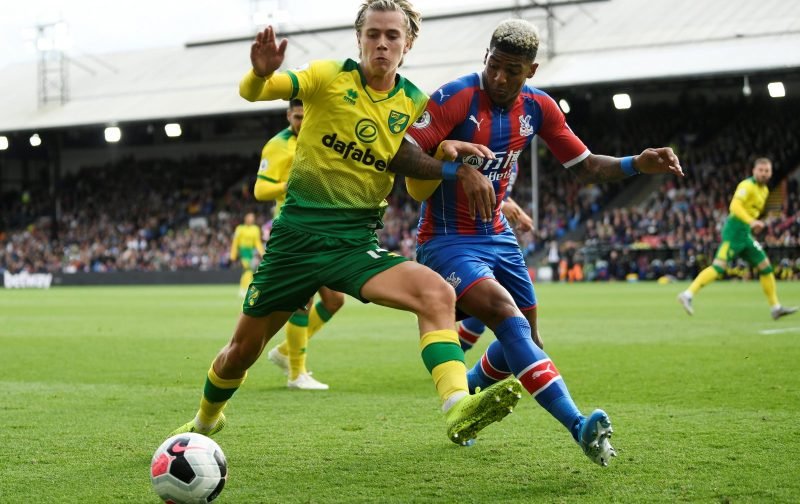 The harsh reality of Premier League life is starting to set in for Norwich City.

A second straight away defeat, this time at Crystal Palace, underlined for me the size of the task that Daniel Farke and his squad are facing.

We’ve all read Farke’s quotes comparing the challenge that City face in the Premier League as being like “climbing Mount Everest” and “climbing Everest without tools” but after that extraordinary win against Manchester City, I think more than a few of us were thinking that it’s not really that bad, as long as we stick to our principles.

I’d say that the two recent defeats at Burnley and Palace have underlined those quotes of Farke’s in red marker pen.

On paper, if City are to stay in the top flight this season, then these are the sorts of teams that points will need to be taken from. There are a couple of caveats to that though, chinks of light in an otherwise dark outlook, in that both games were away from home and City are contending with an awful injury list which may have just got even worse.

I am trying to be positive here.

Norwich have always been better at Carrow Road in the Premier League than they have away from home. The fact that for a newly promoted team, usually, the majority of your points are gathered at home is almost a given.

That again underlines the massive importance of a home crowd and that was most evident for Norwich last time out at home against the Champions. Every clearance, every header, every minor block or tackle in the middle of the park was cheered as though it meant everything.

For 90 minutes two weeks ago, it felt like it did mean everything.

Away from home, when the travelling Canary nation is in the minority, the lads cannot expect that level of noise and consequent impact on their psyche, so they need to adapt.

The injury situation is getting worse too.

Friday’s good news about Max Aarons early return and the sight of both him and Ralf Fahrmann arriving at Selhurst Park before both started the game was a shot in the arm.

The sight of Fahrmann limping off, seemingly having hurt his groin again, after Palace had taken the lead was a real shoulder sagging moment though. He had shown signs of promise when he made a firm early take and then a decent save to push Jordan Ayew’s strike away and yet, as soon as he had faced Milivojevic’s penalty he was signalling to come off.

With Tim Krul out for around a month, Michael McGovern made his first appearance in almost two and a half years. He was also making his Premier league bow.

This is not good news, not so much that we have to play the man himself because he is a vastly experienced professional who first caught my eye in the Euro 2016 Group match between Northern Ireland and Germany. The score was 1-0 to Germany but it was a game that saw an amazing display of goalkeeping from McGovern.

In that game, the Germans had 79% of the ball and 28 shots compared to Northern Ireland’s two. Northern Ireland were absolutely hammered and yet, thanks to McGovern, they only lost 1-0, progressing to the knockout stages of the tournament as a direct result of their goals conceded column.

Fahrmann will have been desperate for his big chance but he’s been robbed of it by injury, we have to now hope that McGovern, at 35 years of age, is up to the task.

The news after the game that Jamal Lewis may have broken his arm is even worse, I think. It was an innocuous fall that did the damage although Lewis was able to play on.

If he has broken it, will he be able to play in a cast? I don’t know. I remember Jamie Vardy wearing a blue one a few years back when Leicester won the title, so hopefully he can.

My biggest problem with this defeat though was the lack of physicality in the midfield.

Mo Leitner needs a defensive foil to do his best work, in my opinion and without Trybull or Tettey, he’s looked vulnerable. Ibrahim Amadou is the obvious answer but he’s currently playing as a centre back, needs must and all that.

However, away from home especially, I think we need a specialist defensive midfielder. If it were me, I would try Hanley back alongside Godfrey and then play Amadou alongside Leitner.

It makes sense to me to strengthen things up and after a couple of errors in defence, including conceding the penalty, he might be glad of a move further forwards.

Talking of the penalty, James McArthur took advantage of Amadou diving in but that’s the problem, he dived in and watching it on a dodgy stream, my first thought was “penalty.”

The replays didn’t make me change my mind and although McArthur went down very easily, clearly making the most of minimal contact, Amadou shouldn’t have dived in.

I’m not saying that Hanley would be Franco Baresi in there but he is a specialist defender and Amadou is a defensive midfielder by trade.

Teams like Palace, these supposed lesser teams, if you pay attention to certain fan forums are full of experienced Premier League players like McArthur, Zaha, Townsend, Kelly and Cahill. Gary Cahill in particular was excellent and showed why he played for Chelsea and England so often.

Norwich were largely restricted to half chances despite having marginally more possession (55%) and the same number of shots on target as the Eagles (3). Pukki was starved of chances other than a volley that was tipped over and Cantwell side-footed the best chance of the game goalward but it was blocked by Kelly, while Buendia was denied by a smart save from Guaita.

These chances came during the final 15 minutes of the first half, which was when Norwich dominated the ball the most. The break actually came as a bit of a respite for the home side.

Max Aarons was immediately restored to the starting XI at the expense of Sam Byram and that may appear harsh on Byram at first glance, especially after Farke’s reluctance to change a side last season when players who had lost their place due to injury returned to fitness.

Aarons though, is a key part of the Farke machine and his pace on the right, with Lewis on the left, helps to provide most of the width at the moment. Farke’s faith and loyalty towards Max is, in my opinion, justified.

Talking of width, the loss of Onel Hernandez to injury is really starting to show now. He is unique in our squad as being the only genuine speed machine in the attacking areas. His directness and willingness to take defenders on has no natural replacement among the players at Farke’s disposal and had he been available these last few weeks, then I think certain games could’ve played out differently.

Next week, we welcome Aston Villa to Carrow Road and although it’s very early to be talking about must win games, it is almost certainly one that we can’t afford to lose.

Carrow Road will need to be at it’s most ferocious to receive the Villains and I’m sure it will be.