People Are Still Dying But The Show Must Go On?! 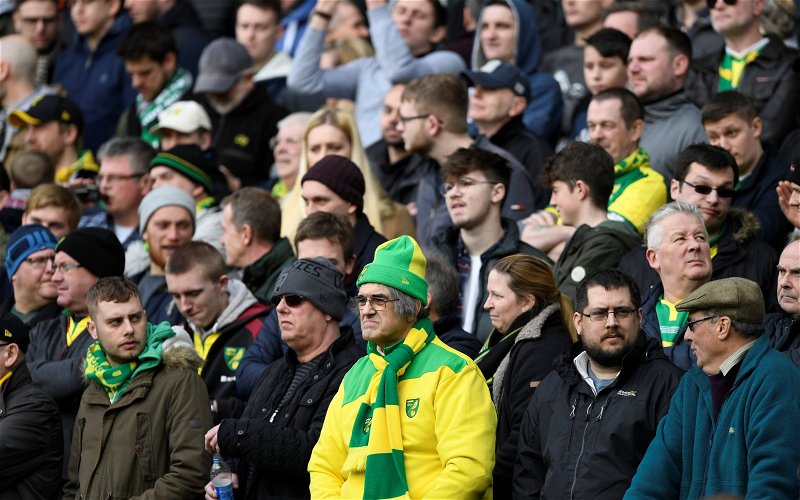 Sometimes, a single comment, in this case a tweet, can cause quite a lot of upset. You know, an off the cuff comment that is construed not quite as you intended or a strongly held opinion that you have that just doesn’t seem to be the same as everyone else’s?

Premier League clubs will be warned at a meeting on Monday that the season not restarting at neutral venues could cost them more than relegation and they must consider the long-term consequences of voting against the proposal.

The outbursts that followed from fans of lots of different teams was pretty large in number.

Here’s a sample of the sort of response it got. I can’t publish the majority of them as they mostly include industrial language.

This highlights what we all know , football is not about the fans or the clubs now, it’s all about the money ,the only thing that matters, and they will bully ,blackmail, to make sure the season finishes in any way or form they don’t care, neutral grounds is wrong and unfair

@premierleague and your current buzz word is integrity, what an embarrassment you truly are. Corrupt to the core.

Voting for the proposal could cost the lives of the clubs players. Just wait until it's safe for goodness sake.

Oh yes let’s punish them for ensuring their people are well looked after and praise the ones who only see the money.

Knew this would happen. Smaller clubs bullied into a decision.

So in reality, they are asking clubs to be willing to sacrifice themselves in order to save the rest? 🤷🏻‍♂️ In the most money driven, self-entitled business in the world, that is a new level of stupid right there…

You get the idea.

So it now seems that the bottom six, who might just be trying to make the best decision for their own clubs going forward are being accused of trying to stop Project Re-start with it being described as more like Project Sabotage in some media reports.

The bottom line here is very simple. The Premier League  and all it’s members want to maximise their cash revenue, that is obvious and no different to any other business. The Government have indicated that they would like football to return to “boost the morale of tabloid readers, (sorry, the public)” who might be feeling a bit low because they can’t get to the bookies or the pub at the moment.

The reality of lockdown is that it has happened because of a global pandemic that the human race has not seen the like of since the Spanish Flu in 1918-20. People are dying and still continue to die. The daily death toll is approaching 31,000 lives lost in England, that is more than the whole capacity of Carrow Road and with another 600+ deaths reported on Friday, it doesn’t seem to be slowing too much.

The tabloid papers on Thursday carried ridiculous front pages that suggested an almost complete relaxation of lockdown will come into place this Monday after the Prime Minister addresses the nation on Sunday evening. That is reckless in the extreme and seems, from the outside, just a cynical move to sell papers that otherwise wouldn’t be sold. It also says a lot about those that buy such papers.

Are they just good hearted souls who are desperate for some good news? Or, are they just the permanently annoyed people, that our country seems to be full of, who hate the fact that the local ‘Spoons is still closed?

I have no doubt that the fact this was a Bank Holiday weekend made up the PM’s mind that he’d leave restrictions fully in place until after the weekend, especially with the weather forecast to be very good and VE Day being on Friday.

Look at what Wales announced on Friday and expect something similar for England, I think.

The Premier League has been a ridiculous money making scheme for football players for years. It has become more and more wealthy and the vast, vast majority of what it makes in TV revenue goes into the pockets of the players in wages. Football clubs make very little profit and in the real world a business model like this would be laughed out of the boardrooms of every top company in the world.

“Look at Germany starting to play football again,” the numpties cry, but in Germany, the death toll is under 8,000, and that figure is sad enough.

The psyche of large swathes of the Great British public seems to me to be very different from the rest of Europe. That’s why so many people have, and continue to, breach the lockdown rules. It is the British way to ignore rules and famously the German way to stick to them. It’s what helped Britain adapt to help us win the Second World War. In these current circumstances though it has helped the virus to get hold in Britain and kill more people than almost anywhere else, only America have worse figures.

In Germany, France, Italy and Spain there have been severe lockdowns with footage freely available of European Police forces dealing with lockdown breaches, often forcefully. If that happens here there is an outcry.

“It’s essential I get to B&Q, I’m taking my daily exercise, I’m on my way to the shops for essential food”etc, etc, etc. Make no mistake, in the UK our wishy washy government have made the lockdown unenforceable by our Police and that is a fact.

The latest Premier League threats are frankly a disgrace but should we expect any better? I would be quite happy if the Norwich City players decided to just sit down (2 metres apart, of course) and refuse to play. Let them relegate us because I don’t want anymore of this nonsense.

People are dying but the show must go on?!