Petrolio, A Live Stream On Saturday, Beating Ipswich Again And Yellow And Green Nets For Norwich 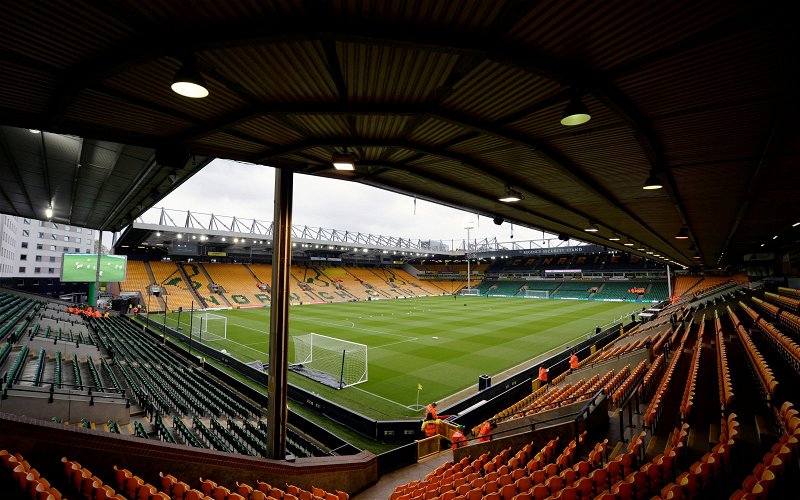 As you will know, the first team are away in Germany and about to play their final game(s) of a week-long training camp on Saturday against SV Darmstadt. I say “games” because there will be two 90 minute games against the Bundesliga 2 side. I’m not exactly sure how that will work out but it seems likely that the squad will get a game’s worth of football each.

If you’ve got a spare three hours or so on Saturday afternoon you’ll be able to watch the game(s) courtesy of a live stream from Darmstadt’s YouTube channel.

All three of City’s strikers have scored goals in pre-season so far, which is excellent news and on Friday we had the release of the club’s official away shirt for the 2020/21 season in what makers Errea are describing as “Petrolio” blue.

🗣 "From what I've experienced, it's been a beautiful time of people pulling together and coming together for a common good."

The theme of the launch was that it involved local heroes (key workers) whose professions have helped society through the coronavirus pandemic. Apparently the shorts and socks are the same colour and I like it. There’s been some moaning on social media that it is blue and that Norwich City shouldn’t play in blue because “that lot down the A140 wear blue!”

It’s a nice colour and nowhere near the shade of blue that the ponies wear. If we’re only aloud to wear yellow or be associated with yellow things then the world’s gone mad. I wonder how many of those moaning drive a yellow car?

Talking of the old enemy, Ipswich Town, a hastily arranged “friendly” game between the two club’s U23s took place on Friday in Ipswich and as has come to be the way, it went the way of the Canaries.

Norwich opened the scoring in what seems to have been a fiercely contested match through a late first half goal from French midfielder, William Hondermarck only for the home side to equalise on 53 minutes after a slip from Rob Nizet.

It was Nizet though who would have the final say as he literally scored with the last kick of the match in stoppage time to win the game.

Goal! At the death! A free-kick on the edge of the Ipswich box is taken by McAlear to Nizet, who stands in front of goal, lacing it from 20 yards out into the bottom corner!#ncfc 🟡🟢 2-1 🔵⚪️ #itfc (90) pic.twitter.com/fFTXFSBUjV

The biggest story of the week on social media though has been the vote that has been hosted by fan site, Along Come Norwich over what colour nets the goals at Carrow Road should have next season.

The options were yellow & green or plain yellow and the result was announced on Friday morning.

Coming to a football stadium near you soon 😍
These are some seriously classy nets, well done #TeamStripes https://t.co/X4eRV3puCi pic.twitter.com/DnjRRTPQMT

I voted for yellow myself, being an old boy and bit of a traditionalist but those yellow and green nets don’t look half bad, do they?! I’m happy enough and just pleased that those boring old white nets won’t be on show again.

Enjoy the game(s) on Saturday and be aware that pre-season is nearly over. Next weekend sees us play the season opener against Luton Town in the Carabao Cup, which is basically another pre-season friendly, albeit City will be without around 15 players due to international call ups.