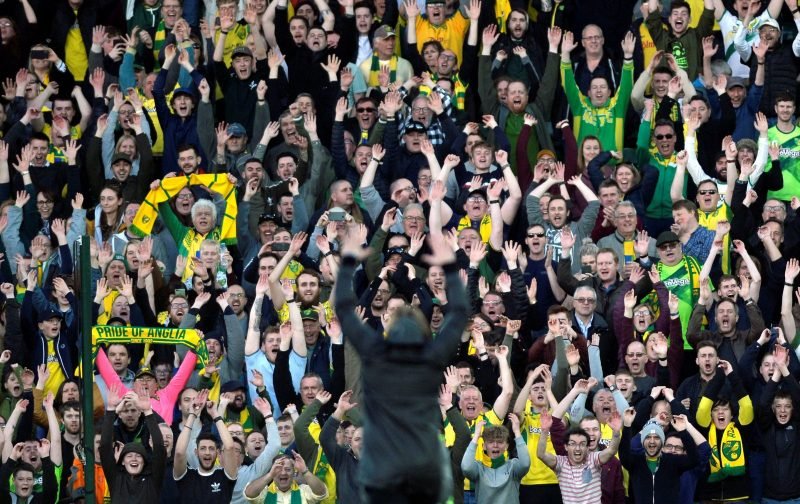 Whether you like it or not, Football is coming back. There has been a lot written and said about whether or not this is the right thing to do but, at least for the moment, it’s happening.

That said, I will be watching the games as best I can and hoping that not too many Norwich games go to BT Sport. As I’ll be watching, I started to wonder about the team and what we can expect?

Football has been away longer than any normal summer break and players have been confined mostly to their homes, training on exercise bikes and running machines or maybe some individual exercise in the local park. It begs the question what level will performances be at when the Premier League kicks off again?

Prior to the enforced break, Liverpool were flying and although Norwich were playing okay, they weren’t getting the results that some of those performances perhaps deserved but maybe that’s just me and my yellow and green tinted specs. Now though, nobody has any form so it’s like the opening day of the season again but without the levels of preparation we’d usually expect from a professional football team.

I note that the number of substitutions allowed has been increased from three to five and the number of players on the sub’s bench has gone up from seven to nine. This is in an attempt to limit injuries to players who have not experienced the cut and thrust of a competitive game for three months. I know from my own experience of the game that there is a very big difference from going on a nice 5km training jog or a spin cycle session to the twisting and turning, the movement and impacts of playing football. Certain parts of the body are going to be under excessive strain, so the extra number of subs is supposed to help combat this, which it appears to have helped with in the Bundesliga, who are operating a similar system.

In terms of the quality of the football, I think we can expect it to be a little off, when compared to what we have become used to seeing. There’s bound to be a certain amount of ring rust when the teams return and probably a few more passes going astray than usual too. It could, I think, come down to who is the fittest, especially in the early matches, which is why I would be placing an emphasis on fitness if I was involved in trying to get the Canaries first team squad back into a position that they can be as competitive as possible.

Every game is going to be a Cup final, as Jamal Lewis described the situation when he spoke on the club’s website last week and he’s not wrong. We all know that Norwich are in a deep hole here but the break and subsequent return of football could go either way for us. We could just return to type and end up getting relegated or we could seize the chance and look for every possible little thing to win games, especially against teams that perhaps don’t have too much to play for like Everton or Arsenal. There could be an opportunity to catch these teams a little cold in the early three games but there are so many variables that it’s almost impossible to call.

Nobody knows how players will react. It’s great to have a virtually fully fit squad for Daniel Farke to choose from, with the exception of Sam Byram who isn’t far away either, but how much can the likes of Timm Klose and Onel Hernández contribute? Hernández has been injured for quite some time this season and Klose hasn’t played at all. On paper they are good players but how ready will they be? Will Daniel Farke opt for the same 4-2-3-1 formation we are so used to or, now that he has a fully fit contingent of centre backs, might he try something else to catch other teams out such as playing three at the back?

In just under two weeks, we will know some of the answers to these questions as we sit in our living rooms watching what could appear as being a soulless game in empty stadiums. The Premier League have presented ideas to their stakeholders about improving what atmosphere these games are going to create by perhaps piping in crowd noise, having video screens showing fans celebrating goals at home and no doubt in our case, there will be goal music. All this may or may not look silly but you never know, would it be the worst idea in the world for someone to press a button and play a recorded crowd version of “On the ball City” as our boys are in their pre-match huddle?

A goal for the home side generating some sort of audible and visual response could be that little lift our boys need, you never know. Even though we are currently all living through this horrific pandemic and my initial thoughts are that football should not return so soon, the reality is that businesses and livelihoods for people other than the multi-million earning players are resting on it’s return, as well of course as the corporate broadcasting giants that have held our football club to ransom for the return of millions of pounds. The clubs probably feel forced to play but it is a system that is rotten in that it sells it’s product for billions of pounds and then gives virtually it’s entire revenue income to a small number of it’s employees. Mad.

The government are desperate to get sport back on TV to distract the masses from the terrible death toll and any number of shambolic decisions that they seem to lurch from one to another. I am a Norwich City fan through and through and while I haven’t missed the game as much as I initially thought, I can’t help admit to a twinge of excitement at supporting my team, even if it has to be from my sofa, once again.