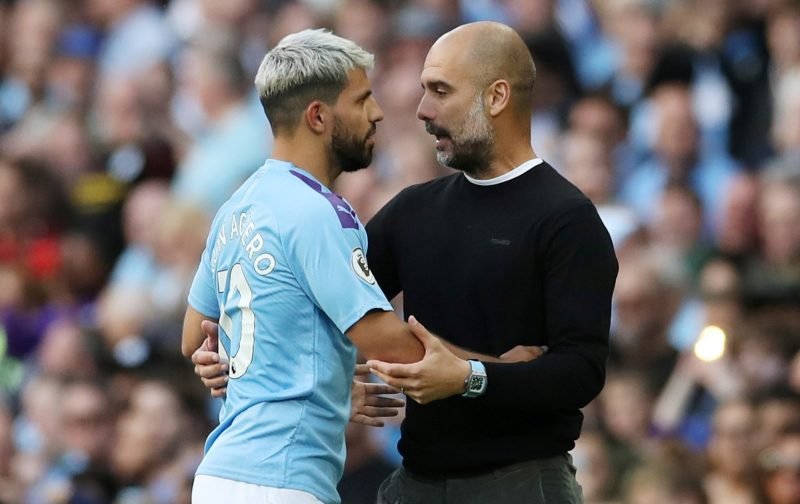 One aspect of a return to playing Premier League football that has been overlooked, by and large, is what do the players actually think?

They, after all, will be the ones putting themselves at risk for the amusement of the masses and the the relief of the money men and women at the top of the game.

It kind of reminds me of gladiators in Ancient Rome, albeit without the swords, tridents and Tigers.

Over the last few days a couple of Premier League players have spoken out, and one of them is amongst the highest profile players in World football.

Sergio Aguero has been talking to Argentine TV station El Chiringuitoin and he said that players will be “scared to return.”

Ahead of the latest meeting of Premier League stakeholders today, a meeting described as “Crunch time” in some media reports, Aguero had plenty to say from a player’s point of view, as reported here by BBC Sport:

“The majority of players are scared because they have children and families,” Aguero said.

“I’m scared, but I’m with my girlfriend here and I’m not going to be in contact with other people. I’m locked in my house and the only person I could infect is my girlfriend.

“They’re saying that there are people that have it and don’t have any symptoms but still infect you. That’s why I am here at home. Maybe I have the illness and I don’t even know.”

Aguero said he and his team-mates, will be “quite nervous and extra careful” when they return to work.

“When one person is ill we will think ‘oh what’s happening here?'” he added. “I hope a vaccine will be found soon so that this all ends.”

It’s interesting to hear from a player finally and presumably it’s just been assumed that these guys will start playing again with no issues, fears or concerns, by their clubs.

Another player who has been talking in the last couple of days is Brighton’s  veteran striker, Glenn Murray, who has described some aspects of proposals to be playing again so soon, such as wearing masks, as being  farcical.

I agree with him.

“Face masks is going to be off-putting; it is not going to be natural. People will be ripping them off in games,” the 36-year-old said. “It is quite farcical.”

“I understand why people are desperate to get football on. It has to be done in a sensible way and in the right time and in a way that is going to keep everyone safe.

“There will be ambulances at training and games. Is it fair to take those from the NHS? I don’t know.

“It is not just two squads, there is a lot more involved and it puts more people at risk.”

“I understand the public is desperate to get football back,” said Murray. “But it is us that are going to be going out there and competing against other teams.

“Everyone is in different situations. I have children at home. I wouldn’t want to jeopardise them. “Some footballers have newly born children who might be more susceptible to getting the disease.

“Some are living with elderly parents. It is a really difficult situation to agree on.”

The return of Premier League football, and the clamour for a return does really only seem to be about the English top flight, so soon presents one difficult issue after another…