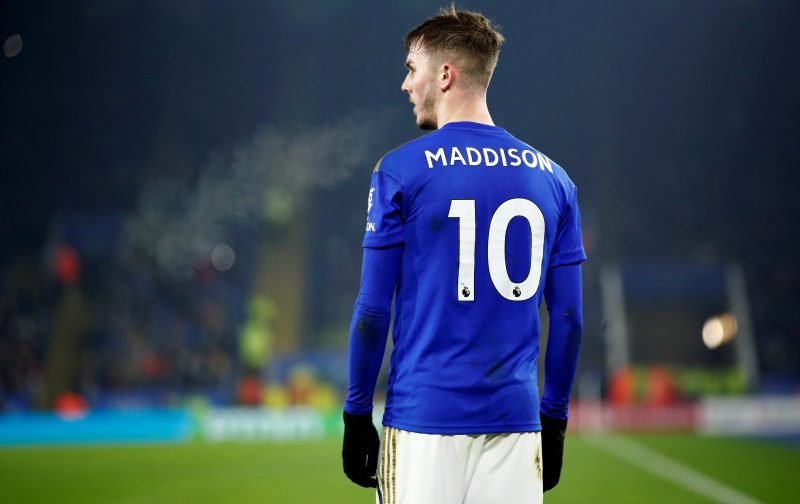 Norwich City travel to the East Midlands tomorrow to play one of the form teams in the Premier League, Leicester City.

The Foxes sit second in the table after a terrific run of eight victories in a row. On paper, this looks like a formidable task for Daniel Farke’s men.

However, as you might expect, Farke was upbeat at Colney on Friday afternoon as he spoke to the assembled media about this very important game.

The boss is about to address the media ahead of our trip to Leicester on Saturday… 💬https://t.co/1TngvOaEpE

First off there’s the injury news. Nothing new to worry about but Grant Hanley is back in team training although obviously, this game will come too soon for him. Another week or two of training though and he should be available for the festive period.

”Nothing too special regarding injuries. Grant Hanley has started to join us in team training on Wednesday. This game comes too early, but it’s good to have him back on the training pitch.

Grant has got a strong character and it’s no coincidence he’s our club captain. It’s not easy to deal with setbacks, but he wasn’t too down during this time, supporting the other lads and cheering them up.”

It’ll be good to have another defensive option, even though I don’t expect Hanley to be one of the two first-choice options at centre-back. The trip to face Leicester will also see the Canary nation reunited with former fan favourite, James Maddison a player that Farke was full of praise for.

“The praise for Maddison is well deserved. He always had a great attitude. We had to build him up from being like a kid. He was always greedy to improve. He finds a good balance between being confident and self-critical. From the first day, I realised how special Maddison could be. We had to be patient to have the time to work with him and be willing to back him.“

DF on @Madders10: We worked on a lot on him when he was here. He was always greedy to improve each day. We were sad when he left us but sometimes you have to accept it. He's done fantastically well so far. #ncfc pic.twitter.com/Hveho9RpiR

In terms of the game itself, Farke says he is looking forward to playing against a team that doesn’t sit deep and defend, pointing out that his side have found it easier to play against the likes of Manchester City and that this is something that league leaders, Liverpool also find.

“Manchester City were nearly 20 games unbeaten when we played them and it was a big sensation. We are the underdog, but if we reduce our mistakes and are good in our attacking play we have a chance wherever we travel.

Quality is defined over a long-term period, and Vardy has been delivering for a long time. He’s one of the best strikers in Europe, so it’s a key task for us to control his movements.

Pressure is on us in every game, so there’s not much difference depending on who we play. It can be easier for us with counter-attacks when teams are more open instead of sitting deeper.

Liverpool are also better against sides who try to play football, so it can be easier for sides to play against teams who want to take part.”

I like the sound of that because this is a game that I’m taking the family to, so I’m hoping that we don’t suffer the same sort of hiding that Southampton did earlier in the season.

Being relatively close with a decent stadium and with James Maddison playing there, Leicester seemed like a decent away day when we picked it out of the fixture list back in the summer as a game to try to get to.

One thing that I think can be guaranteed is that there will be goals. the Foxes are on that eight-game winning streak and are genuinely putting on a title challenge, they have after all done it before.

They are a free-flowing team that play some lovely football and they’re always worth watching if on TV. Having said that though, it would sum our season up if we went there and got a point or even three. We have our own attacking threats and might just get a bit more space by the sound of it.

If you’re going, enjoy your day.