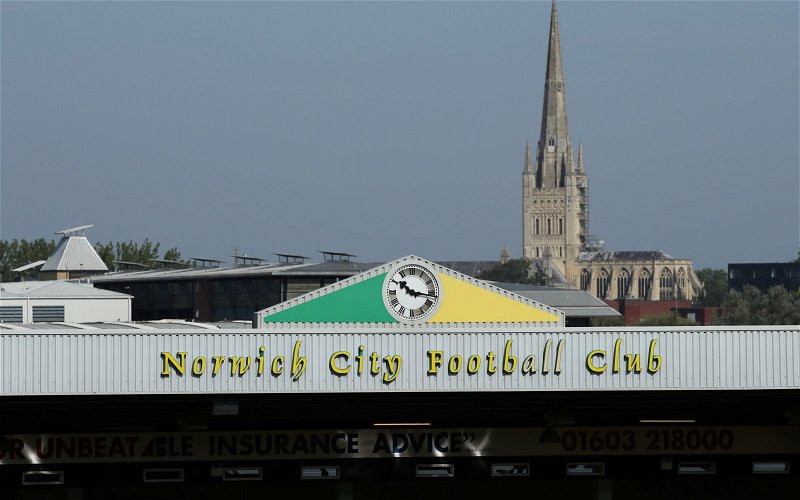 The main thing about Cup games is that you have to win them. It doesn’t matter how you do that, only that you do. You can use them to play fringe players and get some minutes into the legs of those returning from injury but ultimately it’s all about the result and progressing into the next round and that, is exactly what Norwich did at home to Coventry in this third round FA Cup tie.

There were a trio of those returning from injury in the form of Xavi Quintilla, Bali Mumba and Przemyslaw Placheta and all made their mark. The return of Quintilla at left back allowed Jacob Sorensen to play in a more familiar to him, central midfield role alongside Alex Tettey, with Mumba’s early return from injury allowing Max Aarons to have a well earned break.

Within just seven minutes, the game was effectively won for Norwich, although there were some nervy moments in the second half but more of that in a minute.

Kenny McLean opened the scoring with a stroked finish after a fine team move on six minutes.

A lovely team goal straight off the training pitch! pic.twitter.com/6lh6KL0Y93

And then just a minute later, the aerial threat of Jordan Hugill was finally recognised with a neat flicked header.

Placheta was a key part of both goals and particularly for the second, it was a reminder of how we’ve missed natural pace and width for much of this season, so far.

Jordan Hugill was signed to provide senior competition for Teemu Pukki and to offer a Plan B, should the normal Plan A of a possession based, passing approach not do the trick. In the Championship, more often than not, City have used Plan A to great effect, so the sight of Hugill has remained generally reduced to late cameo appearances to help see out games and to rest Pukki.

He doesn’t harass/press defenders like Pukki does outside the box and he has had his work cut out with the form of Pukki showing again this season, but he is clearly a good lad around the dressing room and the odd goal or two like this will do him no harm in terms of keeping up his own moral, as well as offering that crucial Plan B.

I mentioned Daniel Barden early on and he grabbed his first senior clean sheet for the Canaries here with some excellent saves, particularly in the second half when Coventry had a bit of a go. Norwich are actively looking for a new keeper this month but assuming Tim Krul suffers no long-lasting COVID effects (and he potentially could) then Barden looks up to the task of playing back-up if another experienced keeper cannot be sourced this month.

Bali Mumba got sixty minutes into his legs, apparently ahead of schedule, and he showed again that at his tender years, he has plenty of positive attacking skills about him. He reminds me in these early displays of Max Aarons at age eighteen and that is great to see.

Jacob Sorensen got the chance to play in his favoured central midfield position and he did well alongside the old stager of the squad, Alex Tettey, who never lets anyone down and like a fine wine seems to get better with age.

Although there were late appearances for Pukki, Aarons, Oli Skipp and Emi Buendia, who made his 100th Norwich appearance, this game has seemingly passed without incident for Daniel Farke and his squad is nearing full fitness again. With Onel Hernandez on the bench here and Lukas Rupp hopefully back in training next week, I think I’m right in saying that only Adam Idah and Sam Byram are still out, with Idah pencilled in to return this month too.

Norwich keep winning games and it’s onwards and upwards as City return to Championship action away at Cardiff next Saturday.