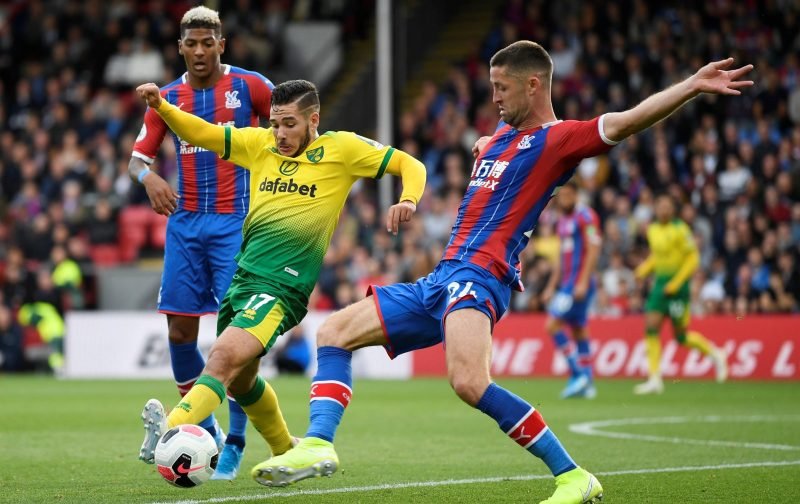 There’s been much written of late about the reported return of football in England and most of that has referred to the Premier League, known as “Project Restart.”

I’ve written quite a bit about it and as things stand, I am against starting up the game again until things are completely safe to do so. However, it looks from the outside as though money is the driver for all this, which can be viewed in one of two ways.

Firstly, it can be viewed as just being about greed and not wanting to have to pay back the reported £762m worth of TV rights from both UK and overseas broadcasters that would reportedly be owed collectively by the Premier League’s twenty clubs if the season was voided.

Alternatively, you can take it as football clubs being businesses, which of course they are, that need the revenue to operate as they normally do.

Society as a whole, and that includes football, will, of course, be governed by what Her Majesty’s government decide is best for us, based on all sorts of things but lead by the science. This coming Thursday seems to be a date for the diary with regard to that, as the Prime Minister looks likely to set out plans for the release of lockdown and how that will look.

On Sunday, it became apparent via interviews in the media with several cabinet ministers that there will be no sudden release of the brakes that have stopped the country in it’s tracks for the last six odd weeks. Any release of lockdown is going to be slow and deliberate and we will all have to get used to the “new normal” as it is being described.

Last week we finally heard from a couple of players in the shape of Sergio Aguero and Glenn Murray who had both spoken openly about the issues involved from a player’s point of view, with Aguero saying that some players were “scared” of playing again.

On Sunday though, we heard from one of the men at the top of a Premier League club, Crystal Palace Chairman, Steve Parish.

Parish gave an interview that was published in the Sunday Times and also printed on his club’s official website, cpfc.co.uk.

It makes interesting reading and for the first time, gives the average fan a clear idea of what is going through the minds of some of the people who will decide what happens next and, crucially he gives us his thoughts on the reasons why.

Crystal Palace, like many football clubs are contributing to their local community, helping where they can like supporting a local charity to provide 900 meals a week for NHS workers and making deliveries of PPE to Croydon Health Services NHS Trust – they also haven’t furloughed any staff.

So what is Parish saying?

Well, he is honest enough to admit that this is more than partly about money, he also says “if the nation decides that the gravity of events dictates that it’s simply not appropriate to play, then we must and will respect that.“

I read a great quote a few weeks ago that described football as being “the most important of the least important things in life” and Parish echoes that with a similarly good sounding sound bite : “Football is meaningless — but it is magnificently meaningless. It has the power to lighten lives; why not see if we can use that power again?”

I can understand what he’s getting at completely and I appreciate, which has perhaps been overlooked or ignored by some observers, his comments about the gravity of events dictating what will happen and when.

Of course they will, we all will.

Palace, according to their most recent published (2017/18) accounts had a £117m per year wage bill and they made £121m from TV revenue in that financial year, which was 80 percent of their annual income.

Income from those TV rights is massive for every Premier League club and as we well know, relegation sees revenue literally drop off a cliff from around £95m for finishing last to just over £40m in the following year in the Championship. For any business, those numbers and the percentage of income dropped would be huge.

Parish also suggests, and again he has a good point when he says this, that income tax gained by HMRC from the Premier League and it’s high earning players is a tidy sum each year – £3.3 billion to be precise with 50% of players’ salaries going straight to the tax man. It was this point that made Health Secretary, Matt Hancock’s comments about salary cuts a few weeks ago perhaps seem rather odd.

He targeted footballers but didn’t mention any other wealthy members of society. There are other high earners in the country, and quite a few donate to the Conservative party, but they got no mention. Formula One is another case, some teams immediately furloughed staff but there was hardly a mention in the tabloid press about that.

Parish points out that the Premier League also largely finds the whole of the football pyramid with £400m going the way of the EFL each year. They also have other businesses relying on them for revenue.
Palace are spending a lot of money on a new Academy at the moment, as are Leicester City. Capital projects that are worth tens of millions of pounds to suppliers and the construction companies involved. These sorts of things are all valid for the livelihoods of other business as well.

Palace were comfortable in the Premier League mid-table,  closer to the Europa League places than the bottom three, when football was stopped due to COVID-19 in early March, so arguably they have little to gain one way or the other. It seems to me that Palace are a club that probably have no real agenda, unlike say, the bottom six clubs or the clubs battling for European places.

It has been suggested that there is a gap in terms of thinking that is forming between the bottom six and the other fourteen clubs. The bottom six, after all, have a lot to lose.

Talk of integrity by some doesn’t look possible to me with the spectre of neutral grounds and playing behind closed doors etc. It might be that these ways of playing are the best of a bad bunch to try to finish a season that is already three quarters complete and as Parish suggests, what makes us think that the 2020/21 season will simply start on time in August?

It is highly unlikely that things will get back to “normal” until a vaccine is developed and that is not going to be as soon as August or September. Therefore, starting next season is likely to be under the same types of ideas that are being currently talked about.

I’m not supporting Parish and his thoughts because there are still people losing their lives as I write, but it’s nice to be able to get a little more of an insight into the mind of someone who will undoubtedly have a seat at the table when all this is finally sorted out. Football clubs are a business and like any other, they do have a right to continue, or at least work out how they can continue their business when lockdown is eased.

Click on the link above and see what you think…