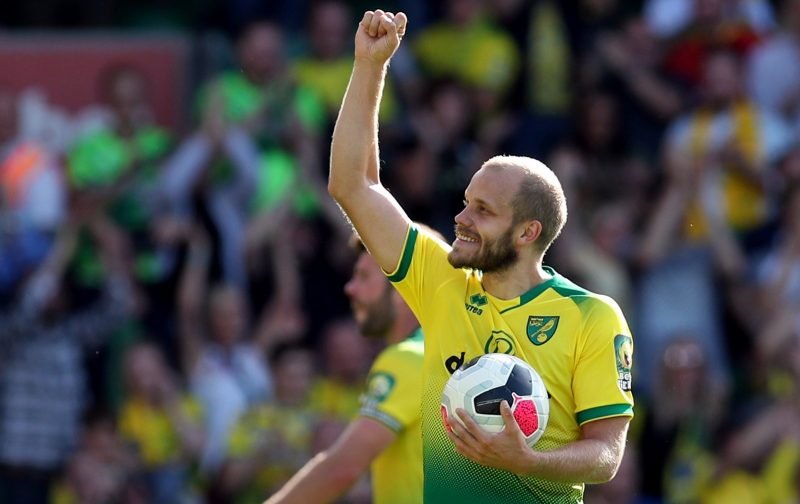 Teemu Pukki has become the first Norwich City player to ever pick up the Premier League player of the month award.

In an award process voted for by fans, Pukki was up against Manchester City’s Raheem Sterling, Kevin de Bruyne and Sergio Aguero as well as Liverpool’s Roberto Firmino and Burnley’s Ashley Barnes for the August prize.

Teemu Pukki has been named August's @premierleague Player of the Month! ???????? #ncfc

In City’s first four games back in the English top flight, Teemu has scored five goals and provided one assist (for Todd Cantwell against Chelsea).

He scored a consolation goal at Anfield on the season’s opening night and then followed that up with a hat-trick at home to Newcastle before netting again in the next game against Chelsea.

Guardiola’s men did the domestic treble last season and after hearing that the Canaries have horrendous injury problems, that looks an even sterner test than it already would’ve been.

Pukki is the Goat though and I’m keeping him in my fantasy football team just in case. You can never not play him, in my opinion.