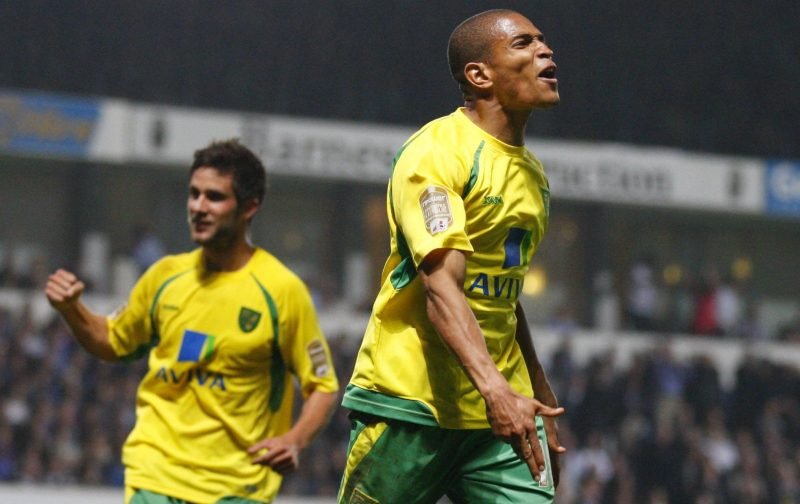 It’s been a bit of a week for reminiscing with regard to Norwich City.

First off, we had the one-year anniversary of Mario Vrancic’s fantastic last gasp equaliser against Sheffield Wednesday. A big personal favourite of mine and you can read why here.

Then we had the fifteen-year anniversary of Youssef Safri’s 35-yard barnstormer against Newcastle. If you were there, you will probably count it as one of the best goals you’ve ever seen live and if you weren’t, well, you can see it in all it’s glory below.

Go on, it’ll make you smile.

Surely he won't shoot from th… 🤯

Youssef Safri smashed this in against Newcastle United #OnThisDay in 2005! ⬇ pic.twitter.com/pss5yKt25p

But today, we have something as equally special but for entirely different reasons. It’s not a special goal but a very, very special game. The nine-year anniversary of Ip5w1ch v Norwich at Portman Road, a game that ended 1-5 to the visitors.

💬 "Pacheco on the rebound…. FIVE-ONE AT PORTMAN ROAD!" ✊#OnThisDay nine years ago… 🙌 pic.twitter.com/HgbN1DM4JO

This was, of course, a great night to be a Norwich City fan and I remember it well, although I couldn’t be there and had to listen to the game in my kitchen via Radio Norfolk.

It was the season that Norwich finished second and returned to the Premier League under Paul Lambert. At the time, my boss was an Ipswich fan and a very vocal one at that. I’d known Bob at that point for nigh on twenty years and he was always full of it, a very gobby Tractor Boy. Always the first to crow and he had particularly loved seeing Norwich relegated to League One a couple of seasons before.

After the reverse fixture, which ended 4-1 at Carrow Road, I did, naturally, let him have it with both barrels and with promotion on the horizon we were all desperate for City to win. Bob though, was convinced that the ponies would turn us over.

“Form means nothing, this is a derby, son” he told me.

Despite how well we were playing, I was worried, as I always am when we play Ipswich. The thought of losing a game to them is unthinkable to my mind.

I seem to remember that Grant Holt, who was on fire that season, was carrying a slight injury and that worried me too. Would he play? What would happen if he couldn’t? Who would step up to fill that Holt shaped hole?

I needn’t have worried because as I sat listening to the game unfold, it just got better and better, as John Motson once said about a similar fantasy football result involving Norwich.

The next morning, I was in at work early, intending to print out as many City related things as I could and plaster his desk with them but I was too late, a few others had had the same idea and Bob’s work station was literally yellow and green.

He came in and he was furious and that was even before he saw his desk. Always short of fuse, was our Bob, and once he’d torn down all the stuff that was selotaped around his desk it was time for the verbal banter, which went on for weeks.

The funniest thing though was a printout of the Portman Road scoreboard that had been taped to the ceiling immediately above his desk. You could only reach it by standing on the desk and as Bob weighed around 20-stone, he daren’t risk trying to move it so there it stayed for months, until the tape eventually gave up, bringing that harsh reminder of a wonderful evening floating down in front of dear old Bob.

That game was, and is, the gift that keeps on giving.

You can re-live that glorious night below. Might give you a lift in these dark times.