Report Suggests Spurs Are Stepping Up The Chase For Norwich Youngster 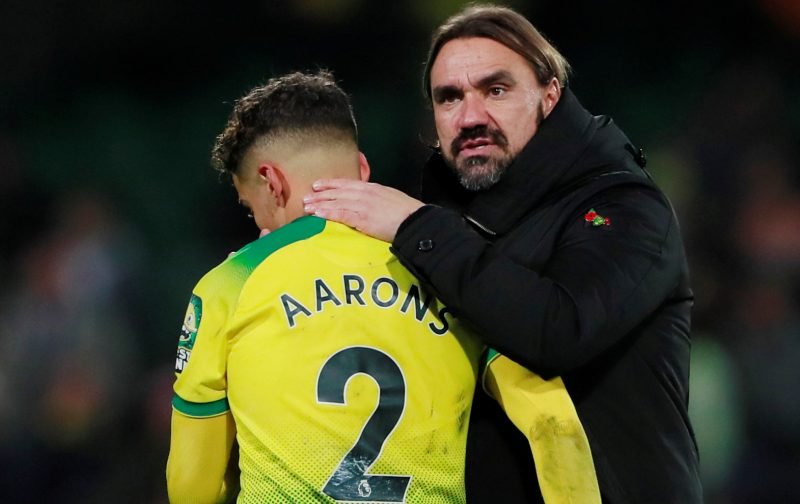 There’s a bit of talk this morning that Tottenham are stepping up their pursuit of Max Aarons.

Max has been the subject of speculation linking him with what seems like half of the top teams in Europe over the last year or so with just last week it being reported that Borussia Dortmund are now keen. Having had a favourable experience with a young English lad in the form of Jadon Sancho, it seems they are looking at Max too.

One club that has been linked right from the start though has been Tottenham Hotspur, initially when Mauricio Pochettino was still in charge. I have it on good authority that Spurs offered £15m for Max, this time last year but that was obviously knocked back and then Aarons signed a new four-year-deal in the summer.

The report this morning from Football Insider, who can often be reliable in their rumours, suggests that Spurs are ringing Aarons’ agent on a daily basis to try to persuade him that his client’s future lies in North London rather than in Norfolk – you can read that report here.

The “story” has been picked up by a couple of the tabloids, The Daily Star and The Express who are reporting what basically amounts to Spurs “tapping up” a  Norwich player.

You’ve got to smile, haven’t you?!

There’s no doubt that Max is a wanted man, there’s no smoke without fire as they say, so I don’t expect him to stay for years and years. Whether or not he is sold in January is another matter. I’d be surprised if he is sold this month but never say never. If the money being offered is big enough, and I’d expect that it would need to be on a par with the £45m that Man United paid for Aaron Wan-Bissaka last summer, then he could go but, I think City want to keep him at least for now.