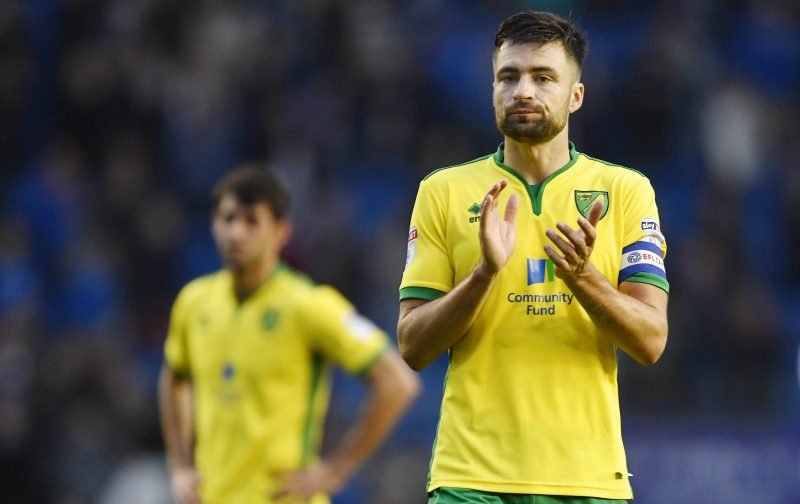 NOW CONFIRMED BY THE CLUB 15:37hrs

Norwich City can confirm that Russell Martin’s contract has been terminated by mutual consent.

Russell Martin has been released by Norwich City, according to Press Association journalist, Nick Mashiter.

Club captain Russell Martin has been released by Norwich after nine years at Carrow Road. #ncfc

The former City Captain has spent nine years at Carrow Road, although as I write, the news has not been confirmed by the club.

Despite that, Nick has not been wrong on anything Norwich related so far, so it seems likely to be true.

He joined the Canaries in 2009, brought to Norfolk by Paul Lambert, who had previously worked with the defender at Wycombe.

Initially joining as a right back, he became first choice as City won the League One title and then won back to back promotions to the Premier League.

Right up until this time last year, Russ was a first choice and was named Captain by Daniel Farke. After a few poor performances though, he was dropped after the 4-0 Millwall drubbing and has not played for the club since.

It is a rather ignominious way for such a decorated and valuable servant as Martin to leave the club and as I stressed earlier, there is still no official announcement.

Martin made over 300 appearances for City and scored 18 goals. A great professional and servant to Norwich, who just maybe shouldn’t have ever moved to centre back.

All the best Russ, it wouldn’t be such a bad thing to have the “Norfolk Cafu” around the place in some sort of coaching capacity in the future.