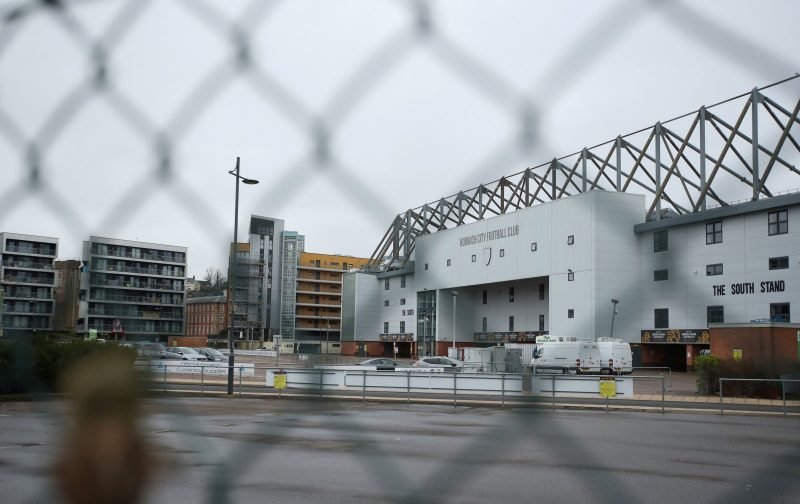 How’s social distancing going for you?

I hope this morning’s blog finds you well and that you are okay. I’m not being flippant in that comment as I am well aware that some people live on their own and might be struggling. In all seriousness, if you feel like you are struggling with the enormity of it all then reach out.

People are often a lot nicer than you thought they’d be and if you want to talk Norwich City, or anything else at the moment, then there’s always the Vital Norwich Forum.

Nothing like the bear pit of social media or even the Pink ‘Un forum, which is arguably even worse. The Vital football community are here if you need us.

I tell you what though, the prospect of playing football simply can’t come soon enough, can it? If the Premier League and EFL can start playing again then imagine how many people would either be turning up (assuming crowd restrictions were relaxed) or watch on TV, even in behind closed doors games? It could be just the lift that the country needs.

Examining the thinking behind Thursday’s Premier League and EFL meetings, tells me that there is a genuine desire to finish the 2019/20 football season.

The date at which, previously, the leagues had to be finished by was set as June 1st, to ensure a timely break for the players and so that a transfer window could begin. This was also always traditionally the date at which contracts would end, as clubs don’t like to pay a player for longer than they have to.

Thursday’s meetings have scratched that date though and it seems that the season will now be played to a finish, however long that takes. The big driver for that is, of course, money. I know that won’t surprise you but it’s the reality of an industry that, for the companies (clubs) themselves, often sees them make only modest profits or big losses.

That’s naturally different for a Premier League or top Championship player but go down the leagues and players are quickly earning a lot less at clubs that could literally be unable to pay them if the COVID-19 outbreak goes on for too long.

If clubs don’t play then it’s everyone else whose job suffers too. The receptionist, club shop staff, the tea lady etc, not to mention match day suppliers like programme printers and pie makers & sellers. Many match day employees will probably be on zero hours contracts, so no play equals no pay. Make no mistake, there is a long list of people affected by the cessation of football, even if, hopefully, it is only temporary.

The authorities are doing their best to limit social contact between people, in order to slow the spread of the virus and restrict it’s contact with vulnerable groups but even so, the date of April 30th, agreed in the conference calls on Thursday, does seem a tad optimistic.

Another big part that money plays in all this is that according to The Athletic, Sky Sports and BT would ask for over £750m back for breach of contract, if this season wasn’t completed.

We address questions supporters have about how and when the Premier League might be able to return.

That figure isn’t set in stone and no doubt compromise could be found if the season was physically unable to continue but even so, we’re talking about a lot of money. There could also be demands from other sponsors for reimbursement if they didn’t get the exposure that they paid for too. Not to mention the horrific prospect of legal challenges from any teams affected such as Norwich, Bournemouth, Villa, West Brom and Leeds. Legal challenges that would go into hundreds of millions of pounds.

That’s just in the top flight too.

What would happen to the 2020/21 season if the situation dragged on into the summer or even beyond?

Well, due to the current break in the game, there is a feeling that a normal length summer break may not be entirely needed this year. Judging by social media, players are keeping their skills finely honed with toilet roll, although not everybody can manage that, eh, Alex?!

It could be that a club is either relegated or promoted at the season’s end and then finds itself playing again in it’s new league within a couple of weeks. As a fan, you would be able to shake the relegation blues much quicker than usual, assuming your team wasn’t still mentally affected by such a devastating blow to the club and the players weren’t moping about salary cuts.

These are unprecedented times in every aspect of our lives but I have become acutely aware of how important sport is in many people’s lives. Football is the biggest spectator sport in the world and not having that to hold on to, to look forward to is a big loss for many of us.

It seems that the will to complete 2019/20 season is there from the clubs, meaning it is much more likely to be a question of when rather than if.