Something That The Canary Nation All Agree On?! 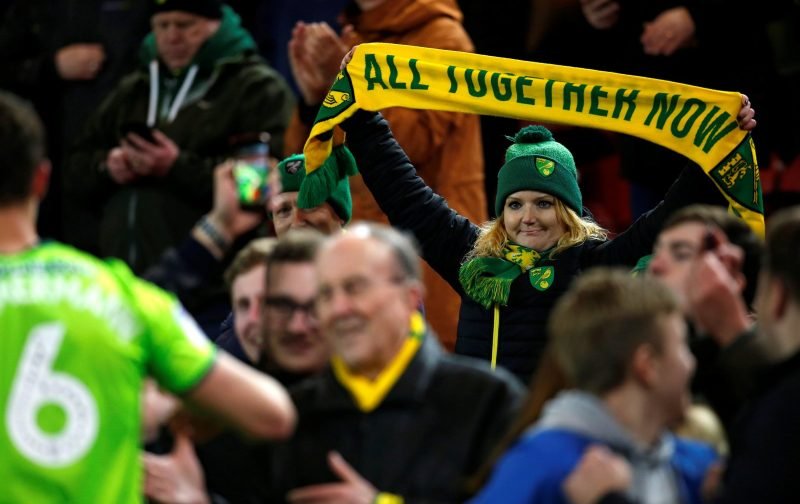 Norwich City announced their 2019/20 home kit on Saturday morning and it’s fair to say that it’s gone down pretty well.

In fact, it’s gone down so well that apart from the occasional bit of minor moaning, the general feeling seems to be one of positivity.

The world of Canary social media has something of a reputation for being, how shall I put it? Erm, a bit divisive.

In recent weeks we have seen the return of “I’m a better fan than you are” on Twitter, based on such notions as “I’ve been supporting them longer” or “I go to more away games than you” or “I spend more money on Norwich than you do.”

That sort of nonsense.

So to actually have something that the majority agree on is kind of a big deal, I’d say.

For me, one of the best things about the launch was the accompanying video, narrated by Jake Humphrey.

If you haven’t watched it yet, then click play now.

”They wrote us off, they always do.”

It’s stacked with Norwich City legends and I must offer my congratulations to the club’s media team. They clearly get what it’s like to be a fan, something that so often is missing from such efforts in this and other sports.

It’s the little touches as well, like Simon Lappin wrapped in a Spanish flag (a nod to his King of Spain nickname) that help to make this a cracking little video.

So what about the kit itself?

I like it and I guess that puts me on the same page as most of the rest of the City fan base, hurrah! We all agree on something.

If I have one little gripe it would be the Best Fiends sleeve badge. I’m not sure if that is going to be on every shirt or not but it does seem to be that way. It just looks a little silly but I could get over it, I’m sure.

It went down well. Word on the grapevine is today broke all previous records for the opening day selling a new Norwich City kit. #ncfc #wearemassive pic.twitter.com/dgYdCzflmg

Thanks to all those who turned out to meet Kenny and Tetts today! ???? #ncfc pic.twitter.com/mMngBJr1ry

Even the goal keeper’s kit looks smart, complete with short sleeves, something those continental keepers like, which is handy.

There will be second and third kits to follow in the coming weeks, so a portion of you may want to wait to decide which one to buy but the main kit, the one that the majority of the footballing world will associate us with, has turned out okay.

More than okay if social media is used as a yardstick.

I’m still waiting for the Vital Norwich forum’s design and aesthetics guru, Drayton Green To offer his assessment but I do know he won’t like the sleeve badge, assuming it’s a permanent fixture on fan’s shirts.

If you’re feeling buff then you can pay a tenner more and get a “player fit” version but I imagine you’ll need to be in some sort of awesome shape to pull that one off.

Have yourselves a great Sunday.