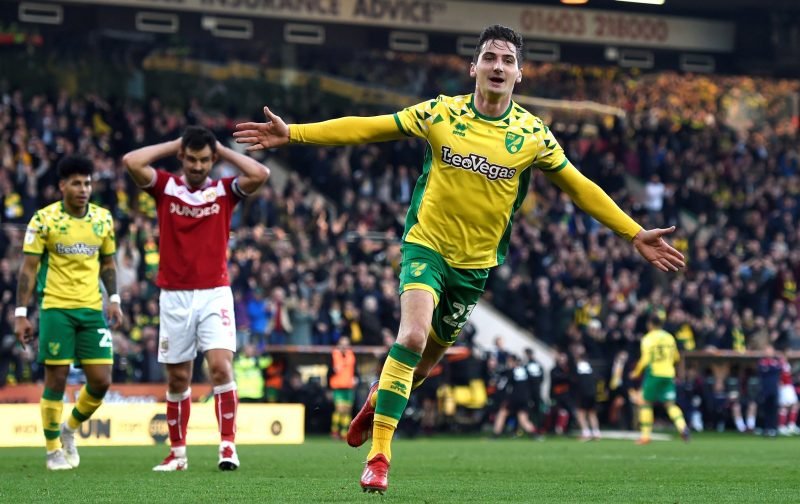 There is fresh speculation this wet and windy Sunday morning, linking Norwich City midfielder, Kenny McLean with a move to Glasgow Rangers.

The story is being carried by the Daily Record and it suggests that Rangers’ boss, Steven Gerrard has taken note of Mayor McLean’s recent performances for Scotland.

McLean has scored two crucial penalties, both winning penalty shootouts for the Scots as they beat both Israel last month and then Serbia, last Thursday evening to take Steve Clarke’s side to next summer’s European Championship finals.

He was virtually a first choice pick in the Premier League last season, alongside Alex Tettey in Daniel Farke’s midfield two, with Farke describing Kenny as City’s “most complete midfielder”.

That comment surprised a few in the Canary Nation but the stats did tend to back up Farke’s claim. However, in a woeful Premier League season for Norwich, it didn’t say too much for McLean’s, or the whole team’s performances.

The Record suggest that Rangers would be interested in a deal paid in instalments (aren’t they all?) or taking McLean on loan in January with an agreement to buy next summer. At the moment, he has played second fiddle to Lukas Rupp and Oliver Skipp, although he did start, as a replacement for the injured Rupp against Swansea.

So, is this likely to happen?

My gut feeling is “no” although anything can happen in football. The Record say that McLean was a Rangers fan as a boy and currently he is not first choice at Norwich. Having said that though, a large squad will be necessary this season due to the shortened time to play all the games putting extra stress on player’s bodies and the value of that bigger, quality squad has already been shown.

If you add that to the fact that Kenny signed a new three-year-deal only in September and he is clearly a favourite of Farke’s, I’d be surprised if anything happened in January. If City were promoted come the season’s end, then who knows? It may depend on whether or not Kenny wanted another crack at the Premier League or if he could withstand the draw of Rangers.