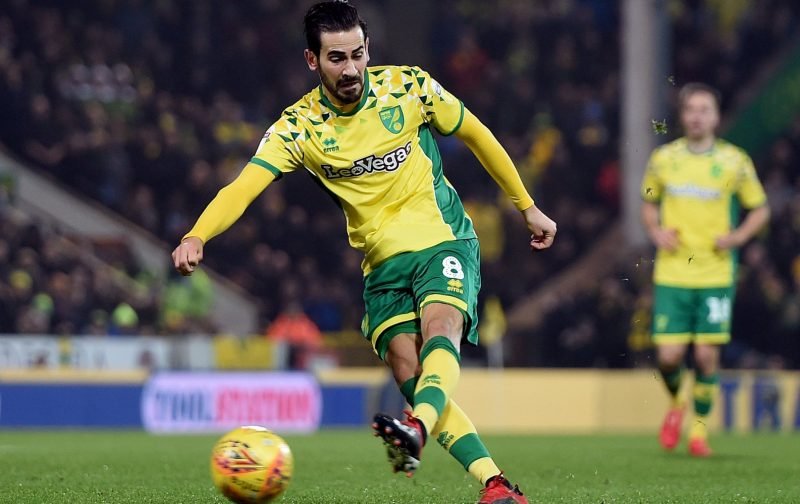 Following this summer’s pattern of contract extensions, Norwich City have only gone and announced another one, for another very important player.

Super Mario Vrancic has been rewarded with a new two year contract.

Vrancic joined Norwich two years ago and after a fairly inauspicious start to his career in Norfolk, last season he became an absolute Canary star.

The 30-year-old midfielder had to bide his time at the start of the season due to the outstanding form of Alex Tettey and Moritz Leitner but took his chance in early December when Leitner got crocked in a very physical game at Blackburn Rovers.

After that though, he formed his own partnership with Tettey until Alex also became injured and was replaced by Tom Trybull. He suffered an injury of his own as the season ran down but got back in time to score some crucial goals in the promotion run-in.

Vrancic scored some of last season’s most memorable goals, including the only successful penalty of the season, with a late winner at home to Wigan.

He scored the Norwich City goal of the season, as voted for by the fans and as the below tweet says, any old excuse to watch that sweet, oh so late, free kick equaliser against Sheffield Wednesday.

Any excuse to watch this again ????

What has been your favourite Mario moment? ???? #ncfc pic.twitter.com/oupHYfQINw

He also scored two goals at Elland Road in the 1-3 win over Leeds United and he also fired the rocket of a strike that took Norwich back to the Premier League, a 25 yard screamer in the 2-1 win over Blackburn in April.

His cultured style of play, free kick ability and his wand of a left foot are going to be very important for the Canaries in the Premier League and this new deal is just reward for being a huge part of the squad.