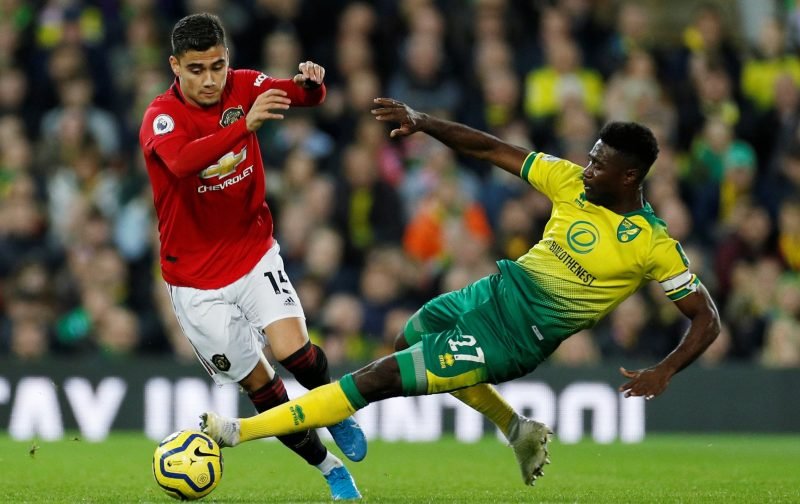 Alex Tettey is set to sign a new one year extension to his Norwich City contract according to the Daily Mail.

The 33-year-old’s new deal will see him extend his Carrow Road stay until 2021 which will mean that he will have spent nine years in yellow and green.
I have to say that if ever anybody deserved a new contract, it’s this man. He has been a huge part of the Canaries’ midfield and he has been the first choice for every manager since Chris Hughton bought him from Rennes in 2012 for a reported £2m.

Alex will, however, be 34 in April so it’s testament to the way that he has looked after himself over the years that he has been able to keep playing for so long. His “dodgy” knees now seem a thing of the past with the player and coaching staff seemingly having found the solution to keep him available, even when City have recently been asked to play three games in a week.

I know that there will probably be a few who will moan that “he’s too old” etc but you can’t buy experience folks and I for one, am happy to have him sign on again. From what I understand, Melvin Sitti has been bought as long-term successor to Tettey so when the young Frenchman joins up with his new team mates next summer, who better than Tettey to show him the ropes and to learn from. Tettey speaks French and that could also help his young apprentice settle in.

Tettey has earned this new deal with his performances this season in the Premier League. He even saw off the man signed to replace him, at least for this season, Ibrahim Amadou and he continues to do a job in the squad that nobody else can do quite a well.

While I’m bigging him up, what better time than now to reminisce about the greatest goal of his career and one of the best volleys that I’ve ever seen with my own eyes.

ON THE BALL, ALEX!