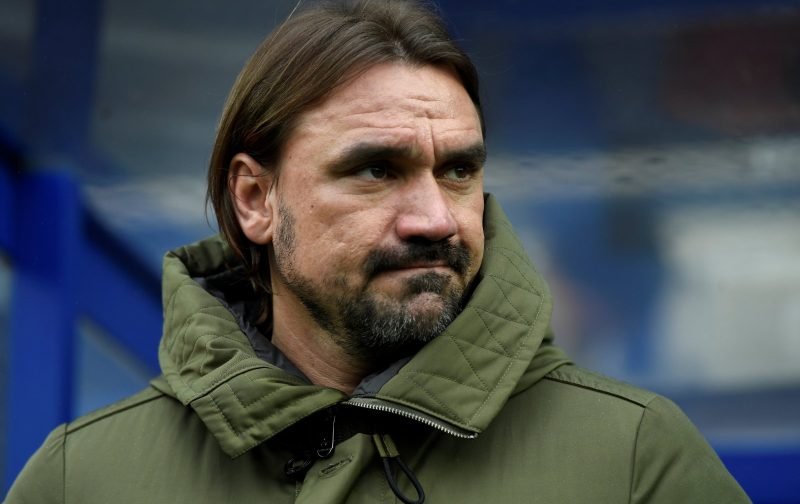 Trying to pick out and predict games that Norwich City are going to win is pointless in this division, as it is for almost every other team in it.

The Championship is brutal and unforgiving, as the Canaries know only too well and it was underlined again at Bramall Lane on Saturday.

Just one point from the first nine is not a good return but the evidence in front of my eyes suggests that not everything is doom and gloom around the place.

The first 20 minutes against the Blades were awful, from a Norwich point of view. The Canaries started woefully and were quickly a goal behind from yet another soft corner scenario.

John Egan rose highest above Tettey and Rhodes from a ninth-minute corner and the ball looped over Tim Krul, despite Klose’s best efforts to clear it, and into the City goal.

If Norwich are to ever have a positive goal difference in this league then they have to stop giving these gifts away. They were tested severely in the first 20 minutes with corner after corner but just about held firm on those other occasions.

To their credit, and this is where the positives start, Norwich steadied the ship and equalised through Jordan Rhodes. That’s his second goal in three games and if you consider the missed penalty against WBA and the second half header that he nodded against a post here, he could really have taken off in yellow and green.

As it is, 2 goals in 3 games is a more than acceptable strike rate if he can keep that up. The provider was again, Onel Hernandez who registered his 5th assist of the season with a lovely movement that turned his marker inside out before laying it on a plate for Rhodes. He is the natural goal scorer we all know he is and that we’ve been missing since Grant Holt was sold.

I mentioned that Rhodes hit a post, well, the bad news is that Teemu Pukki hooked the resulting rebound over from just four yards BUT the point is that they are getting into positions and whilst the ball isn’t going in the net yet, I’d be more worried if they weren’t getting into those positions.

There was also a three on one chance in the second half that ended with Dean Henderson saving Mo Leitner’s shot from eight yards out. A replay showed it to be well offside but there was no flag, so I guess it would’ve counted.

There are the positives anyway, the forward line are creating and they’re getting into positions to score and hopefully, that will come.

The negatives are that we continue to struggle with balls from set pieces and wide areas, something that Daniel Farke highlighted as a threat to be wary of in the pre-match presser on Friday.

So, having highlighted it, you’d have to assume that he conveyed this to his players and that they just didn’t do enough to negate the threat on the pitch, during the game or they ignored it.

With the exception of Ben Marshall, it’s a back four that have played together plenty of times and with regard to Marshall, he’s a winger playing right back anyway.

The late kick in the teeth, courtesy of our old adversary, Billy Sharp, was fairly typical for a Norwich fan of late. Clearly, City did enough to be worth at least a point and arguably had the best chances of the game and should’ve won it.

It seems as though these thoughts have been going through my mind most weeks of the football season for the last couple of years.

I predicted that our start to the season could be horrible – despite me saying that you can’t predict games we can win at the start of this article. Unfortunately, I do feel as though I can predict games we will lose and this was always going to be a candidate for one of those.

Next up are Preston at home, which is a winnable game and after that it’s Leeds at home, who are flying.

There are a few people on Twitter suggesting that Preston is now a “must win game” and that Farke should be sacked. Whilst I wouldn’t be quite so dramatic, it is a second successive poor start to a season for our Head Coach and the pressure is mounting on him.

The reason this is so, is that Norwich City and its fanbase want to play in the Premier League. We are a club and fan base with ambitions, maybe those ambitions are above our station but we’ve dined at football’s top table in recent times and we’d like to dine there again. That’s why the offerings of the last 14 months are not satisfactory.

The Championship is brutal and unforgiving. However, there are shoots of life in our forward play. The thing is though, this side will not be successful unless they can keep their defence tight. We look like we might be able to score some goals now and we still have Emi Buendia to come as well.

I get the impression that the likes of Louis Thompson and Ben Godfrey could provide assistance to help keep the door shut in the coming weeks and Kenny McLean can help going forwards too.

You all know me as generally being an optimist but I am also a realist and here’s a dose of reality for you.

If City fail to beat Preston and then lose to Leeds, which seems a distinct possibility, then we could head to Portman Road with only one or two points on the board.

God forbid we lose the East Anglian derby because then there would be trouble.

A lot of this, in fact all of it, rests on the shoulders of Herr Farke though. We need to start winning games and quickly because although you can’t win promotion in the opening two months of a football season, you can lose the chance.