The Importance Of Norwich City’s Most Underrated Player 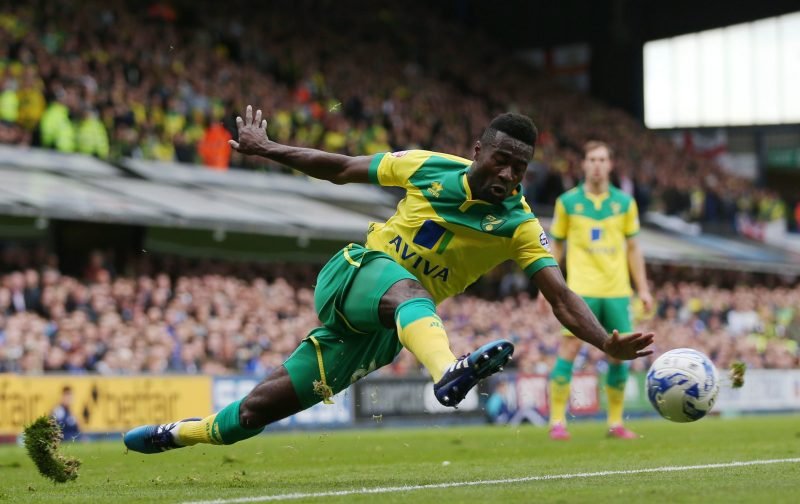 Only one player remains from Norwich City’s last foray into the Premier League. Come to think of it this particular player has been around for quite some time in Norfolk and despite his advancing years, dodgy knees and previous offers to move on, he is still here and he’s still making his presence felt.

Alexander Banor Tettey joined Norwich City in the summer of 2012 for the rather modest reported fee of £2m and I think you’d struggle to find many City fans that don’t think that was the sale of the century.

Brought to the club by Chris Hughton, Tettey has made over 200 appearances for Norwich, being an important cog in the midfield for four managers and one head coach since he arrived in Nelson’s County.

I remember a quote from Alex Neil that went along the lines of “There’s nobody else like Alex Tettey in the squad” and that is still true today.

He returned to shore up the midfield at Bournemouth and provide a defensive shield in front of the back four that has been sorely missed during this horrible injury crisis.

If you are the sort of person that is involved in social media then you will probably have seen people moaning about Tettey over the last few years. Moaning if he plays or even if he might play, lord knows there are enough people suggesting that he was finished and just not good enough for the Premier League in the summer. I imagine that they are probably the same people that rounded on Tim Krul last season, some people just love someone to moan about, I guess.

What you get with Alex is commitment to the cause, energy and power. He is a physical presence to match the league’s toughest hard men, when required, whatever league City have been in and if you look up the phrase Team Player on the internet, I wouldn’t be at all surprised if a picture of Tetts appeared.

Against Bournemouth, he completed the most passes of any player on either team, 46 out of 52 attempted. He won both of his aerial duals and won all three of his tackles at Dean Court to boot.

He had to finish the game as a makeshift centre-back alongside Ibrahim Amadou, another defensive midfielder playing at the back and potentially seen by the club as Tettey’s long-term replacement, and he barely put a foot wrong in the whole game.

For me, he was the man of the match from a Canary point of view and he showed yet again that there is still plenty of fuel left in the tank.

To answer some of his critics, of course he isn’t the most skilful player in the squad but that isn’t his game and when you look at how he helped blunt Manchester City’s superstars, for example, I hope you can see how useful he still is to us.

He will be 34 next April and his Norwich City contract expires next summer. Will he be offered another? I doubt it. Age and his body are catching up with him and should City remain in the Premier League then the signing of Amadou on a permanent deal looks highly likely.

Alex has only scored 7 goals for Norwich but they include that thunderous volley at home to Sunderland and that majestic toe poke against Man United at Old Trafford, both great memories for me.

In the meantime though, he offers a great deal to the squad and if you’re one of those who like to bash him on social media, or any other players for that matter, have a word with yourself because not only is Tettey one of the game’s good guys, he’s a helluva player, buh!