The On The Ball Podcast – Dean Ashton 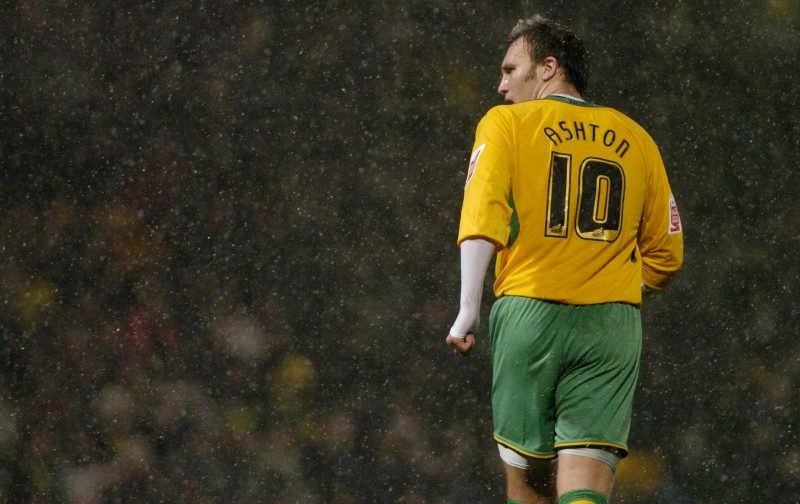 In what could turn out to be a new regular feature, Vital Norwich can now bring you the “On The Ball” podcast from The Athletic.

The podcast comes from and is presented by The Athletic’s Norwich City correspondent, Michael Bailey who I’m sure that you will know from his time at the Eastern Daily Press.

It promises a regular stream of high profile guests, including ex-players, current players, club staff,  etc, etc, etc. In other words, it’s more than worth a listen.

This first episode for Vital Norwich is actually the 26th Episode of the podcast and it features a great interview with ex-Norwich striker, Dean Ashton.

Ashton, you will remember, was Norwich City’s record signing back in January 2005. He joined for a fee of £3m from Crewe Alexandra and his goals very nearly kept City in the Premier League that season. I think we all think that if the board had allowed Nigel Worthington to buy Dean during the previous summer, when he wanted to, then we probably would’ve stayed up in 2004/05.

After relegation, Ashton was the subject of much transfer speculation but he signed a new, improved contract, However, he kept scoring and in the following January, he moved to West Ham for a fee of around £7m and his time at Norwich was over with a record of 17 goals in 44 appearances.

He went on to score in an FA Cup final for the Hammers, the famous “Gerrard final” against Liverpool, but was injured during an England squad after a heavy tackle from Shaun Wright-Phillips, breaking his ankle.

That injury effectively ended his career, although he did manage a comeback and even got to play for his country, once, in 2008.

It’s a moving tale at times and he has a few good stories, like the time Youssef Safri lost his temper with Leon McKenzie, who having trained to box his whole life, dealt with the situation, very quickly.

Give it a listen and see what you think – simply follow the link here.