The Phoney War Is Over But Who Gets To Fire The Opening Salvos For Norwich City? 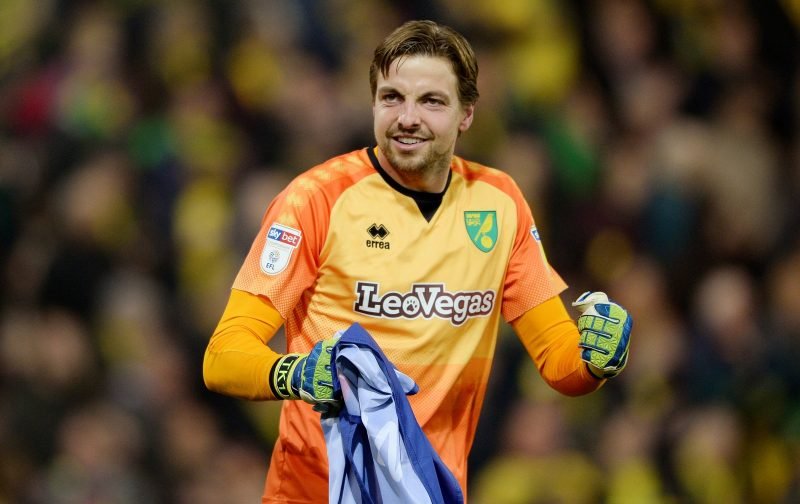 Norwich beat Toulouse on Saturday in what is probably best described as being a comprehensive victory, despite the 1-0 score line making it look much closer than it actually was.

It was the Canaries’ final pre-season friendly ahead of the Premier League season opener, live on Sky Sports next Friday evening.

I don’t think we could have a bigger or better first game back in the top flight than Liverpool at Anfield. The whole world will be expecting City to get hammered, indeed, if the Reds don’t win by at least three clear goals, then questions will be asked. Certainly in the streets of Great Yarmouth, where one or two more Liverpool shirts have cropped up this summer.

Getting back to Toulouse for a minute though, City dominated their French Ligue 1 opponents throughout, although from very early on it was clear that they didn’t carry the same level of threat as Atalanta did, last Tuesday.

Daniel Farke told us before the game that he wouldn’t be playing the team that he will select for the Anfield job, which leaves us guessing as to what exactly he will do in six days time.

I think that certain places are nailed on for certain players but there are still some big decisions for Daniel to make.

Goalkeeper is a big one, with the current incumbent, Tim Krul surely knowing that Ralf Fahrmann hasn’t come to Norfolk to just warm the bench. Fahrmann is a significant outlay for City, a reported £3m loan-fee as well as the Schalke man’s wages on-top.

It’s a huge challenge for Krul but one that I expect him to embrace and deal with. I watched Fahrmann against Atalanta and wasn’t overly impressed by what I saw. I wasn’t blown away with an immediate wow  factor and conceding four goals, albeit he didn’t have much of a chance with any of them, didn’t help.

Big Ralf comes with a signed certificate of pedigree in his back pocket though. Every German pundit, YouTube montage and even our German exchange student, Cedric, rates him highly.

He will not have travelled to England on the basis of not playing but I think he’s going to have to wait his turn. For me, Krul is the starting number one. I like Tim and think that particularly in the second half of last season he was excellent. We’ve all heard about his strengths in the dressing room too and like several other players, I’d say he deserves the chance to start the season.

I know football isn’t sentimental but that’s not what I’m suggesting. He’s done more than enough for me. Fahrmann is new to England and will undoubtedly take some time to settle into his new surroundings and the squad.

Krul will need to be on top form to keep his shirt because unlike last season, he’s got some real competition for it.

The defence almost picks itself, I’d say with just one exception.

Jamal Lewis and Max Aarons are nailed on our first choice full-backs. They both now have decent looking back-ups in the shape of Philip Heise and Sam Byram, should they suffer an injury or loss of form and from what I’ve seen of the two back-ups, both have looked good but Farke will start with Jamal and Max.

Central defence is where four has to go into two and at the moment it’s three into two due to Christoph Zimmermann being sidelined through injury.

For me, Ben Godfrey is a certain starter. He hasn’t looked back since having to replace Timm Klose with 15 minutes to go till kick-off against Bolton last December. Since then, he’s played every minute and although, by his own admission, he’s still learning, he has all the attributes to have a big debut season in the Premier League.

As we saw against Atalanta and Toulouse, his pace is excellent, as is his passing range. Having started out as a midfielder, he is arguably a little too good bringing the ball out at his feet, never mind the 70-yard passes that he is capable of.

Can you be too good though?

Of course not. There are still some fans I know that think he should be our defensive midfielder and yes, he could certainly play that role but I’m trusting our Daniel as to where he sees Ben’s best position.

Who plays alongside Godfrey will be one of Farke’s biggest decisions though. He basically has Klose and Grant Hanley to choose from, assuming Timm is fit. If it were me, I’d go for Klose. He’s played at a higher level for longer and he has more experience.

The midfield pairing is an area where there are multiple options available to Farke.

I’m assuming that Tom Trybull is nailed on there for one of the spots but who gets the other?

The choices are Moritz Leitner, Kenny McLean or Mario Vrancic.

I think we can assume that Vrancic isn’t match fit to start at Anfield, so it’s likely to be either Kenny or Mo to play alongside Super Tom.

For me, it’s Mo Leitner. Both players give something different and not least you get more of a goal threat if you choose McLean. I love the way that Leitner plays football though. He always wants the ball, no matter how close an opponent, and he always knows where he’s next going to play it before he gets it.

Rob Butler used to call Jonny Howson “a Rolls Royce of a player” but Leitner is a level above Jonny, I’m sure of that. I’m kind of stuck for a car analogy though, as Rob has already gone Rolls Royce. Mo is German though so maybe he’s a Maybach? A little more dynamic than your average Rolls…

At the tip of the side, the cutting edge, is of course, Teemu Pukki. Josip Drmic has looked like he will have plenty to offer in pre-season but Pukki is the main man and the first name on the team sheet.

Behind him there are decisions to be made though with the three offensive midfielders.

Emi Buendia is a given. He looked a little out of sorts against Atalanta but was terrific against Toulouse and he has mad skills that no-one else has in their locker.

The other two positions are not so clear cut though. Marco Stiepermann, Todd Cantwell, Onel Hernandez and Patrick Roberts are the options.

Surely the choice is between Marco and Todd for the number 10 role and between Patrick and Onel for the other wide position.

I would go for Marco over Todd at Anfield just because he’s bigger, stronger and more experienced. That will be key at Anfield and there will be better places to play Todd, rather than on opening night against the Champions of Europe.

Todd has been excellent in pre-season and is certainly knocking on the door and I really do think that this could be the season that he breaks into the first-team on a regular basis.

The other position goes to Hernandez for me but it’s a close run thing.

We all know what Onel has up his sleeve. He’s lightning quick and very direct, albeit a bit raw too. That directness and pace will terrify defenders at any level and will be crucial on the counter against Liverpool.

Roberts looks a more cultured player with an eye for goal and the ability to play some really good passes. I don’t think he looks as quick as Onel but he has a little more class in his play, I think. Pep Guardiola rates him and that’s good enough for me.

So here’s my starting XI to take on Liverpool based on what I’ve seen, read and heard anecdotally in pre-season, not to mention what I already know about the players that were here last season.

Got a different idea? Leave a comment below or visit the forum where there is a thread on this very subject here.