The Return Of Paul Lambert And Would Ipswich Fans Seriously Rather Beat Norwich And Go Down Than Lose And Stay Up? 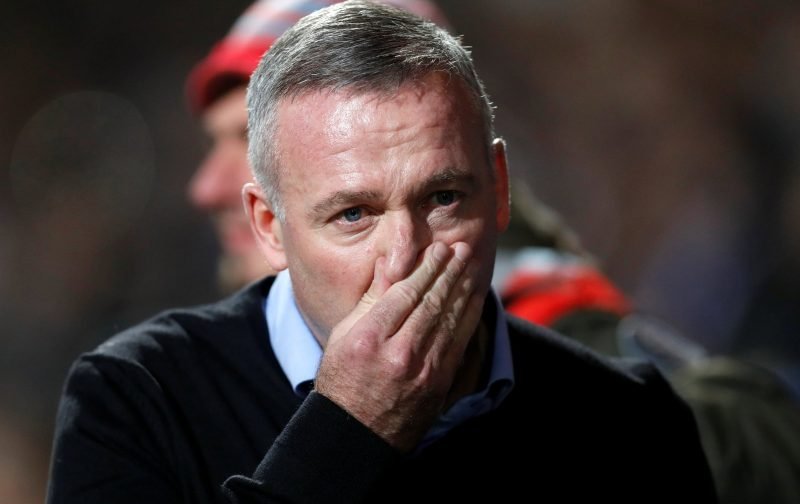 Last weekend’s stunning victory over Leeds United at Elland Road took Norwich City back to the top of the Championship table. At the start of this season, there was little expectation on Daniel Farke’s Norwich City for a top two promotion tilt.

Last season a mediocre mid-table finish on 60 points, behind Ipswich Town on goal difference, led the Canary nation and the bookies to lack optimism for such an unlikely challenge this term and yet, here we are with arguably the best chance of automatic promotion since 2004 and Nigel Worthington’s heroes.

This Sunday, we “welcome back” a former hero in the shape of Paul Lambert. The architect of a similarly impressive and at the same time, unexpected rise up the table which resulted in that glorious double promotion and a return to the Premier League.

Lambert is a Hall of Fame member and for those achievements, rightly so. He presided over the most successful, albeit brief, period of time in our modern history. My son was born in 2006 and started watching Norwich aged five, that’s when he got his first season ticket, so his first full season was the return to the Premier League and a 15 goal Grant Holt. “Holt” was the first name he ever had on the back of a Norwich shirt.

Holt was a hero on the pitch for many of us and Lambert helped make it all happen. He already had the advantage of having Holt, Wes Hoolahan, Chris Martin, Adam Drury, Daryl Russell, Gary Doherty etc, in the Norwich squad when he arrived though.

There are no Wes Hoolahans or Grant Holts in his Ipswich side. No-one even fit to tie their boot laces, it could easily be argued.

Why did he choose to join Norwich? Because he was managing Colchester United at the time he was approached and he saw it as a massive step-up to move to Norfolk.

That’s the same reason that he moved to Villa Park after steering Norwich to a 12th placed finish in their first season back in the big time. He was ambitious and he was hungry for success and probably, all the rewards that come with it.

He has now pitched up at our bitter rivals, Ipswich Town after a managerial career that has seen no big successes since he left Norwich. I suppose you could class keeping Villa up for the best part of four years was a “success” of sorts but he wasn’t being cheered at Birmingham City hall or taking part in open-top bus rides at Villa, was he?

After leaving Villa Park, he went to Blackburn on a rescue mission and kept them in the Championship but left in the summer of 2016 after an agreement with the owners couldn’t be reached over investment in the squad.

He then arrived at Wolves, his stock still relatively high, but lasted just a year before the Wolves hierarchy decided on a little Portuguese investment.

His attempt to keep Stoke in the Premier League last season was tough looking from the outset and an unlikely olive branch for a manager in his position. He failed again and has now set-up camp 44 miles away down the A140.

To some of a yellow and green persuasion, this was a blasphemous move. A move that any fan of our club would never make but Lambert is not a fan of Norwich. He is an employee of the football industry and to him, it’s just another job, although he would’ve been well aware of the drama it would cause in East Anglia.

The “new manager bounce” that Marcus Evans will have hoped for just hasn’t happened and with only 16 games to go, the ponies look doomed.

He has, of course, signed a raft of new players in January. I think he brought in seven new faces, most of them loans and it remains to be seen as to how they can help. If/when the Town go down, what happens next to them will rest quite heavily on Lambert’s shoulders.

He knows exactly what the perils of League One are and if supported by Evans, could make a fist of it but if he gets it wrong or isn’t supported financially, and I’m not sure how much appetite Evans has for that, then Town could end up staying for a few years as Leeds or Forest did.

Will they get 26,000 inside Portman Road when they’re in League One like Norwich did? I doubt it. The squad they have now will look very different if/when they are relegated. There are plenty of questions on the horizon.

I imagine that they will struggle to get much more than 10-12,000 attendances initially, which will put even more of a squeeze on Evans and the club’s finances.

Moving on to the East Anglian derby this Sunday, a friend of mine noticed a poll on the Twitter feed of an Ipswich fan, which asked the questions below:

At time of writing, 36% voted to “Batter Nodge but go down” and 64% voted to “Get battered and survive.”

It seems that over a third of Ipswich fans in this poll of just over 700 would prefer to “Batter Nodge but go down.”

Bizarre thinking from that lot, don’t you think?

Already, Twitter is ramping up the hype between the two sets of fans with the old “we’ve got our history and class” being rolled out by the Ponies fans which is countered by City fans pointing out how classy Ipswich were when they went into administration, thus leaving loads of local businesses in trouble with outstanding debts not being paid.

Not to mention all those years of not beating Norwich and usually getting beaten.

What will happen this time? The game is a banana skin but Norwich will be expected to win comfortably. Lambert will have other ideas but I am as relaxed as I’ve been in years for the derby.

It is the most significant meeting between the two clubs since the play-off battles of 2015, with the sub-plot of Lambert and Matt Gill adding a little spice on the side-line.

Lambert will no doubt, as has been written elsewhere, hope for a hostile atmosphere aimed squarely at him. He revelled in a similar position when he took Norwich back to thump Colchester 0-5, but there’s one very big difference here.

His side are rock bottom and look to be doomed. They struggle to score goals, quite the opposite to Norwich and despite his protestations, they are not playing well.

Daniel Farke is meticulous in his planning and having experienced three derbies now, he knows what it’s all about. I am confident that there will be no let up in the professionalism that has got us to this point and that if we just play our game then we will put Ipswich to the sword.

That’s all we have to do.

On the ball City.